US markets rise during an event-packed Thursday 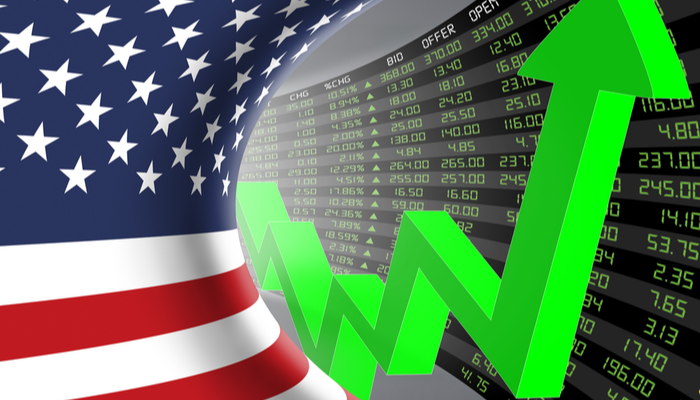 Wall Street impressed on Thursday, despite Microsoft lowering its revenue and profit forecasts for Q4 due to the USD’s strength that hurt its international business. However, Microsoft's lack of momentum was offset by other big tech companies, such as Meta, which rose 6% after announcing a significant change in its management team.

Therefore, the market sentiment was quite positive despite several statements from Fed officials suggesting that the central bank was unlikely to pause rate hikes after those already planned for June and July. These statements did not affect Treasury bond yields which remained at the same levels as the day before.

Everything indicates that the market could be less influenced by what the Fed officials say from now on and that it could be more interested in the economic figures.

Yesterday the ADP private employment data was published, showing a well below the forecast - 300k. Investors will be looking forward to the NFP and the unemployment data today. However, neither of these two might not be as relevant as the average hourly earnings since the latter is the Fed's major barometer for establishing to what extent inflation has passed through to wages in the United States.

The OPEC+ meeting was also held on Thursday, which generated plenty of interest after some members of the oil cartel, such as the United Arab Emirates and Saudi Arabia, announced significant production increases to compensate for the oil deficit created after the EU's ban on Russian oil.

But the group's decision fell short of what was expected. They only announced an increase in production of 648k BPD per month in the next two months from the 400k that they had been pumping until now. According to analysts, this does not solve the problem of the current imbalance between supply and demand, and more oil is needed in the market so that prices can get lower.

Crude oil regained some ground from the day's lows after the outcome of the meeting was revealed. Prices remain at the top of the bullish channel threatening to break the 117.00 level, above which it could make its way to the highs around 130. 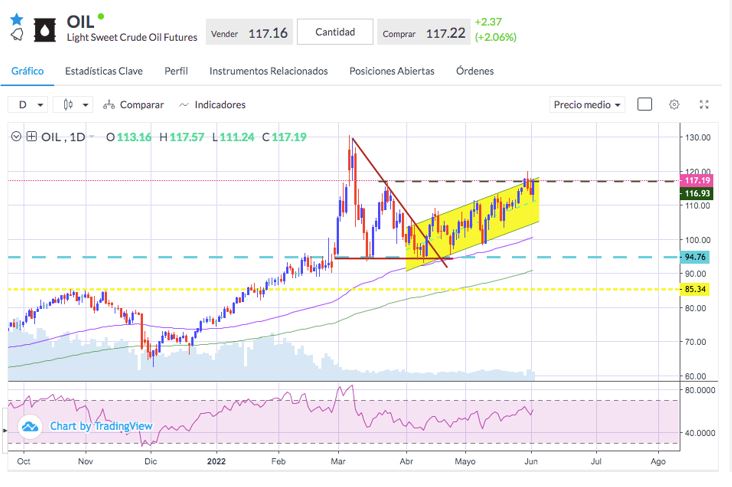