US labor market, GDP on the rise, but stock markets fall 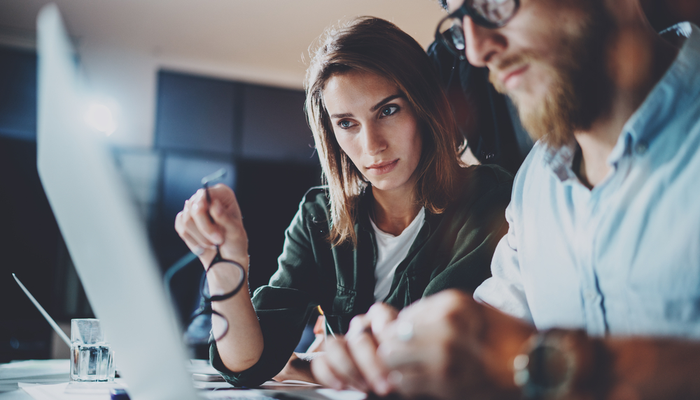 US economic reports impress, but DAX loses approx. 2% after Russia doesn't seem to comply with its agreement.

The US ADP Non-Farm employment data showed the strength of the US labor market, and the GDP figure for the last quarter showed solid growth of 6.9% quarter-on-quarter.

However, these positive figures were not enough to maintain the upward pace of the US stock markets.

After the increases experienced in the first two days of the week, due to optimism about negotiations, the comments released on Wednesday ended investors' euphoria.

On the one hand, we have the skepticism of the US government and intelligence services, which questioned the credibility of the statements about a retreat of the Russian troops. On the other hand, we have some leaks about Putin's lack of support for the proposal to withdraw the troops from the Kyiv area and surroundings.

Putin insists that both the Natural Gas and the oil purchased from Russia must be paid in rubles. The European Union refuses it and insists that they must accept euros or dollars. Here a serious crisis could lead to a lack of energy supply for several European countries, including Germany, which has already activated a pre-alert and is preparing the population for a potential supply shortage. If this were to happen, it would have a devastating effect on the economy with notable drops in GDP, as members of the German government have already indicated.

Therefore, the military confrontation has not ended, and no information suggests that its end is near. However, everything indicates that the economic conflict between Russia and the West with the sanctions and their boomerang effects could prolong even with an end to the war.

Because of this gloomy outlook, DAX stopped its 2-weeks bullish run, losing nearly 2% yesterday, after not being able to break above the pivot level of 14,900, from where it fell. 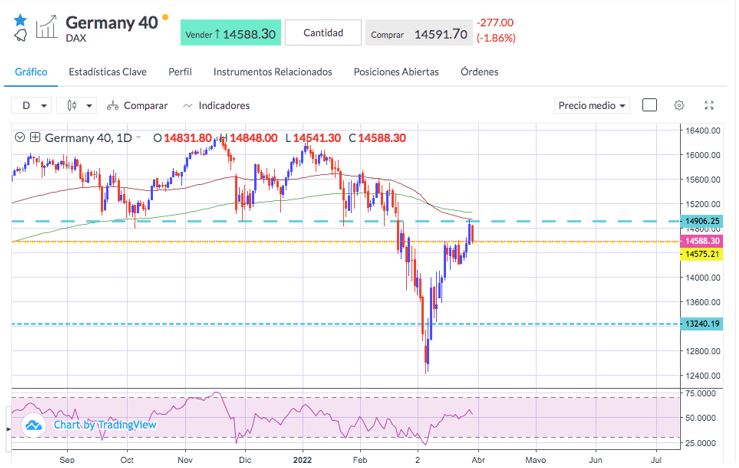 Although the market will be more aware of the war events in Ukraine, today, the personal consumption expenditure figure is scheduled for publishing. This is relevant economic data since the Fed values it to gauge inflation, and therefore it may impact both fixed income markets and stock markets.