Tough day for democracy in the USA – Market Overview 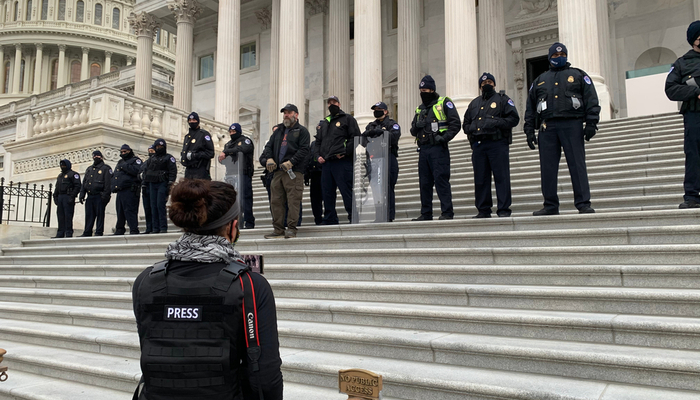 Equities seem to not watch the news, all 3 major US indices precipitated higher.

The riots of yesterday with the seizure of the North American Congress by protesters against the elections' results, without the police being able to do anything to prevent it, and President Trump encouraging them, was a factor of enormous concern worldwide. From a political point of view.

The majority of world leaders and North American politicians lamented that this type of activity occurs in the United States and is promoted by the outgoing government president.

But the financial markets ignored this situation and, as usual, were more practical. They focused on the ratification of Biden as president of the US government, already certified by Congress today, and more importantly still, the Democratic victory in the Senate after the second electoral round in Georgia.

With a unified government, "blue wave," Democratic president and Congress also dominated by the same party, the policies promoted by Biden will have no obstacle to go ahead.

Fiscal stimulus policies are expected to be larger in the future, which implies higher indebtedness and potentially higher inflation.

For these last two reasons, US bonds have experienced falls after the electoral results of the second round of the Senate were known.

In the Tnote (10-year bond) case, the yield has exceeded the 1% barrier for the first time since the beginning of the health crisis in March 2020. 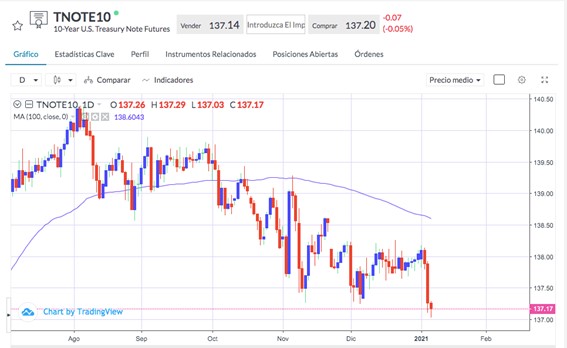 This fall in Treasury bond prices, higher yields, which discount a greater risk of future inflation and / or an increase in the level of indebtedness, has caused a rebound in the US Dollar.

In general terms, the Dollar price has a positive correlation with interest rates, especially in the case of USD / JPY. 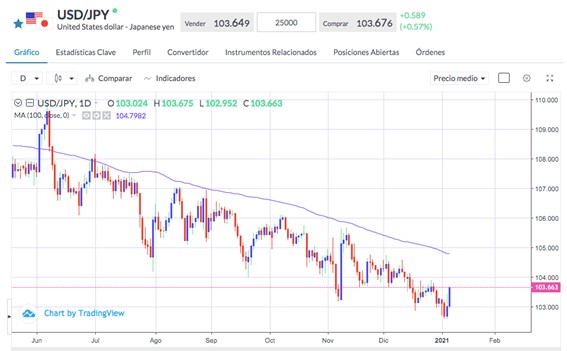 As shown in the chart, the pair has risen in the last two days from the 102.60 area and is close to the 103.90 resistance level, a level that should not exceed if the downtrend that began at the beginning of the crisis remains.

For the moment, therefore, this upward correction is considered technical, driven by the rebound in North American yields but still within a downward trend that the pair has continued to experience slowly and continuously since March of this year.

With this upward correction of the Dollar, gold has also corrected down given the negative correlation between both assets.

The precious metal, once again, has not managed to overcome the central resistance zone located in the band between $1950-1960 and retreats towards the support zone that is marked by the 100-day SMA line in $1895. 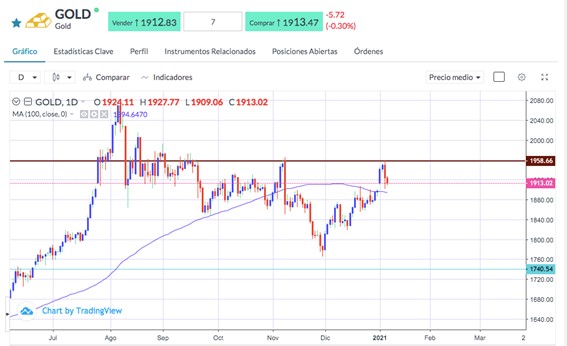 It is, therefore, a purely technical movement.

From a fundamental perspective, however, the factors continue to favor interest rates at a minimum, especially if a rebound in inflation were confirmed that would put downward pressure on real interest rates, which is the fundamental factor with the most significant influence on the price.