The world joins forces against Russia 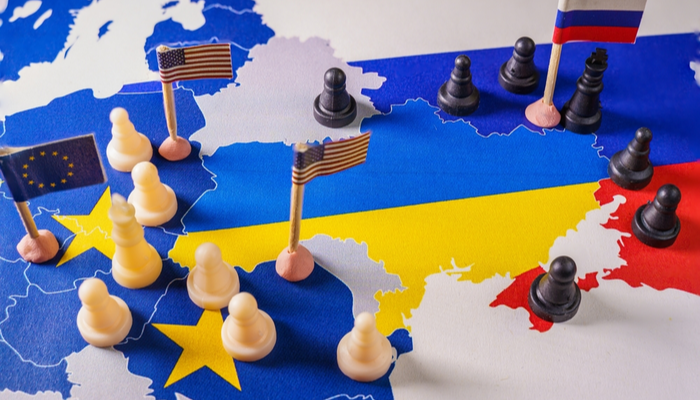 The geopolitical scenario continues with tensions escalations and, above all, enormous uncertainty.

At the end of last week, everything was indicating that the reaction of Western countries was going to be timid, and it was taken for granted that Russia was not going to encounter significant opposition in Ukraine. However, we now know that the resistance of the Ukrainian army and the people of Ukraine are putting the invaders in serious difficulties who have not yet succeeded in conquering any of the main cities.

This has led the countries of the European Union and the United States to join forces in supporting Ukraine with economic and military measures. In a historic decision, Germany announced that it is going to increase its military budget to 2% of GDP, and together with the rest of the countries of the European Union, they are going to supply lethal weapons to the Ukrainian army.

The statements of both the European Commission and the central authorities of the member countries have raised the tone against Putin, explicitly considering him a transgressor of international law and showing determination to end what they consider unacceptable aggression.

Since this attitude of the European Commission is a fundamental change in the way it has dealt with conflicts up to now, the most significant and probably the most effective are the economic sanctions that have been approved.

The disconnection of most Russian banks from the SWIFT interbank system could be a serious setback for the banks and Russia's commercial capacity. But even more shocking is the decision to freeze foreign currency reserves (US dollars, euros, pounds, Swiss francs, and yen) from the Central Bank of Russia. This is going to imply the freezing of almost 60% of the reserves, around 500 billion US dollars, which is going to cause a huge blow to the Russian economy with its financial system on the verge of bankruptcy, the impossibility of financing war spending, and the collapse of the ruble.

Putin's response came fast. He regards the actions of Western countries as a hostile act and has ordered for their nuclear weapons to be placed on alert.

At the market's opening today, the first reaction was noticed in the foreign exchange market, which had been less affected by the situation during the previous days.

EUR/USD opened with a bearish gap of 120 pips, approaching the 1.1130 zone, which now acts as the main support. Below these levels, it would not find any obstacle from a technical point of view until the 1.1000 zone, which is considered as the pair's objective.

The dollar acts as a refuge currency, and the euro is negatively affected by the worsening of the geopolitical situation and by the magnitude of the sanctions that have a boomerang effect against the European economy. 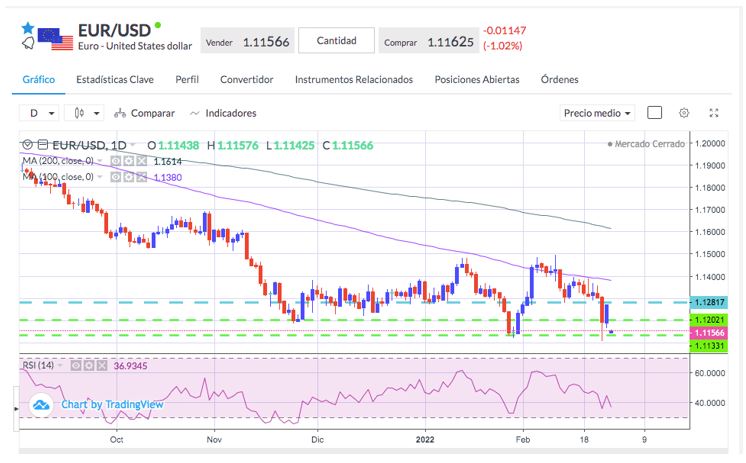 The stock markets did not start in a good mood either. The German DAX index also opened with a 2.5% bearish gap pointing towards Thursday's lows in the 13800 zone. 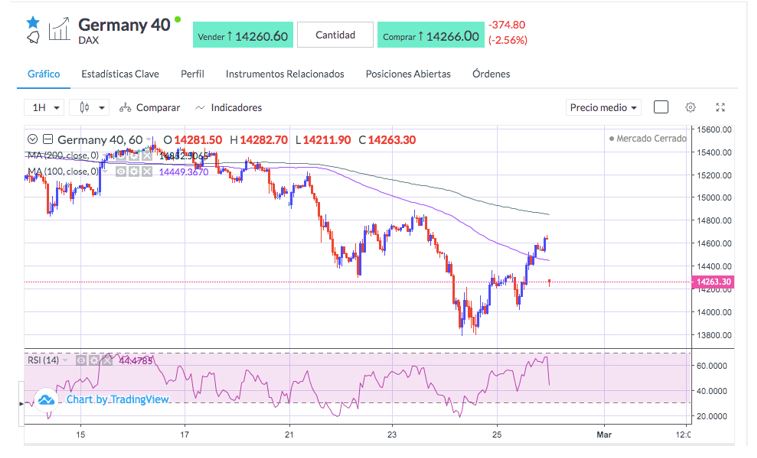