The US labor market is recovering 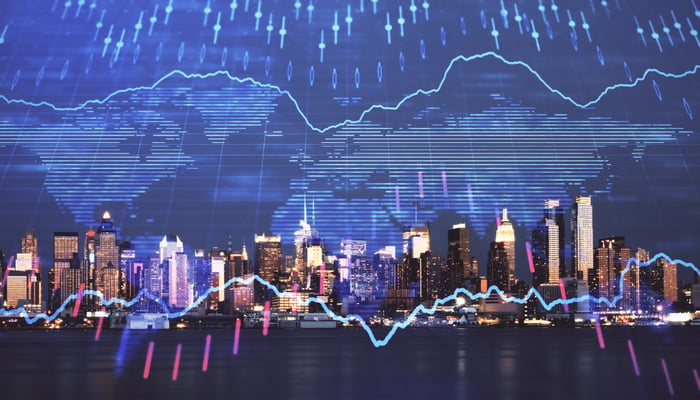 The number of weekly jobless claims published yesterday – 290K - showed a favorable evolution of the labor market, with the lowest number since the pandemic's beginning

Everything indicates that the economy is moving towards full employment, which is the objective that the Federal Reserve set when making expansionary monetary policy decisions.

The fixed income market behaved accordingly with further falls in the prices of treasury bonds that brought the US 10-year bond yield to 1.68%, already very close to the maximum levels reached in March of this year - 1.77%. The latest figures show long-term interest rates are not having any negative impact on the stock markets at the moment. They are being driven upwards by the better-than-expected results that are being published for Q3.

However, IBM was an exception. It disappointed with a drop in revenue to 17.62B from the forecast 17.78B. The North American company reported that it was being affected by supply problems and yesterday it fell by about 9%.

This movement dragged down the DowJones30 index with slight falls that separated it from the better performance of the Nasdaq index and the S&P500. 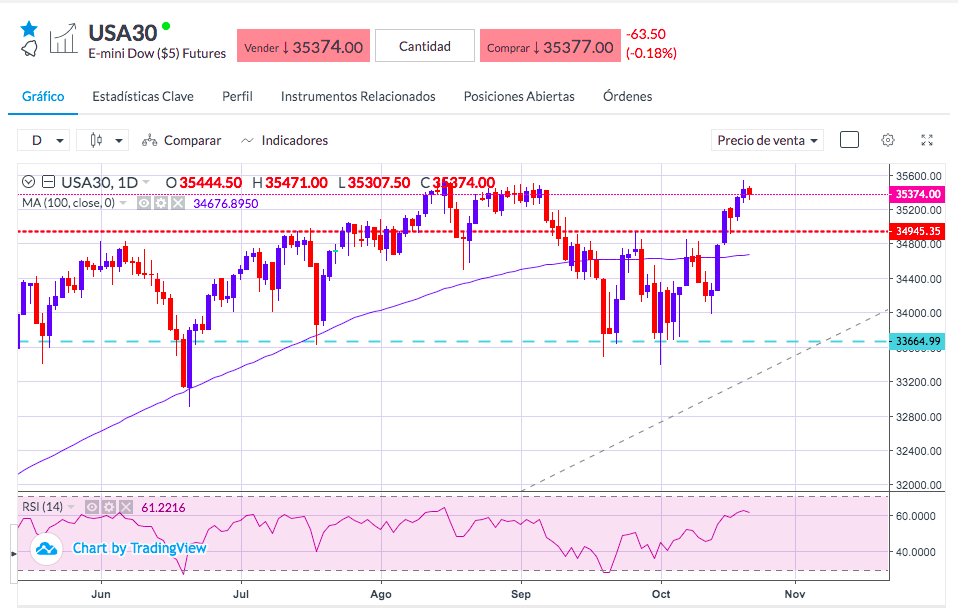 Even so, DowJones30 is still at levels very close to its all-time high reached the previous day at 35,538.

Everything is aligned so that the Fed can announce the beginning of the tapering program as soon as the meeting of November 3: good prospects in the labor market and stocks at the highest levels.

There was an almost general decline in prices in the commodities market with falls in Natural Gas, copper lost nearly 4%, and oil dropped almost $2 on the day.

This decline in commodity prices dragged the Australian, New Zealand, and Canadian dollars down due to correlation.

In reality, there was no fundamental reason to explain this abrupt correction in raw materials, which can be interpreted as purely technical.

Only in the case of crude oil can it be said that President Putin's comments had influenced it. From his point of view, the OPEC+ member countries were not strictly complying with the latest agreements and that they could be producing more than what was agreed. Something that, in any case, would not be the first time that happens.

Technically, on the daily chart, it has formed a bearish engulfing candle that, together with an overbought RSI and slight bearish divergence, suggests that the correction may continue in the coming days. 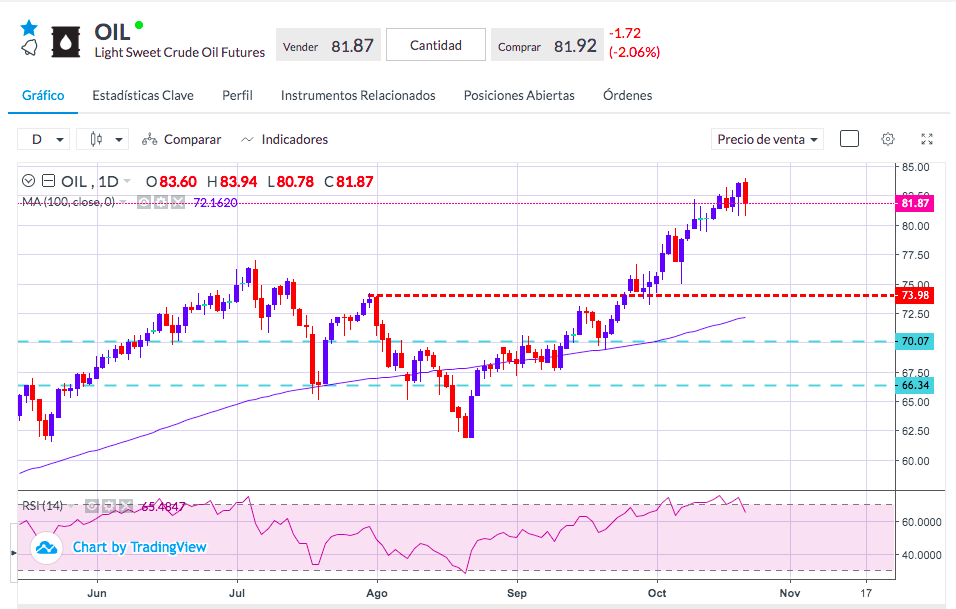