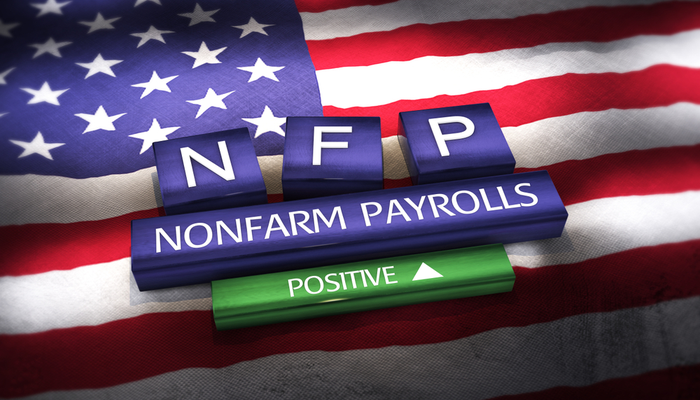 Nonfarm payroll jobs added 467K versus expectations of around 150K after the ADP employment change had fallen to -303,000 a couple of days earlier. Some Fed officials had also warned that the employment report was also likely to be weaker, something that did not happen.

In addition to the higher-than-expected numbers for January, the previous month was revised higher by 700K. Although the unemployment rate rose to 4.0% from 3.9%, the good news is that more people joined the labor force - the participation rate rose to 62.2% from 61.9%, higher than the pre-pandemic level of 62.8%. And perhaps most importantly for inflation was the average hourly wage, which increased 0.7% per month, and 5.7% year-over-year.

Even though omicron impacted, employers kept their Christmas workers and did not have the seasonal layoffs after the holiday season.

After all this news hit the wires, the North American stock indices experienced general falls, although they recovered part of the lost ground at the end of the session. The fear of more forceful action by the Federal Reserve once again dominated the market, mainly due to the worrying rebound in salary costs.

Thursday could be critical for the financial markets in the next few days. The year-on-year inflation figure for January is expected to rise to 7.3%.

But the most shocking effect was experienced in the fixed income market. The Tnote price fell to levels not seen since mid-2019, reaching a yield of 1.93%. This movement dragged down European bonds, with the German Bund yield rising to 0.20% after the ECB announced by surprise that it was leaving its next meetings open and showed greater concern about the behavior of inflation. 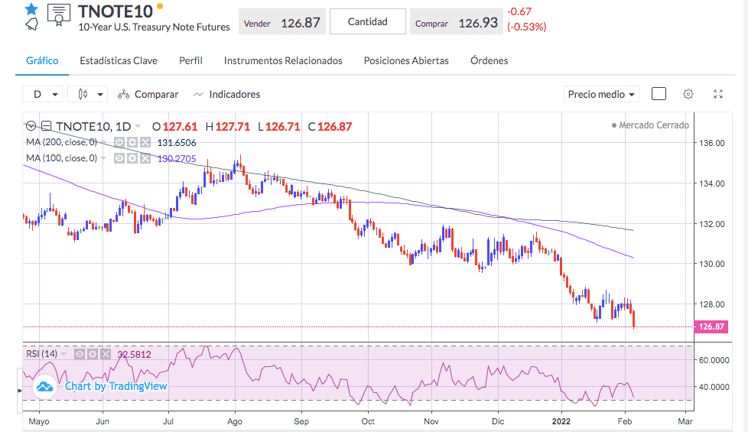 This piece of news impacted the European stock indices more than the North American ones. Investors were more concerned about a potential sharp change in the European Central Bank's monetary policy than about inflation itself, which in Europe has not risen as much as in the United States, with core inflation only slightly above 2%.

The DAX index lost 1.5% on Friday and was again approaching the important support level of around 14,900. Should it go lower, this could lead to larger losses. 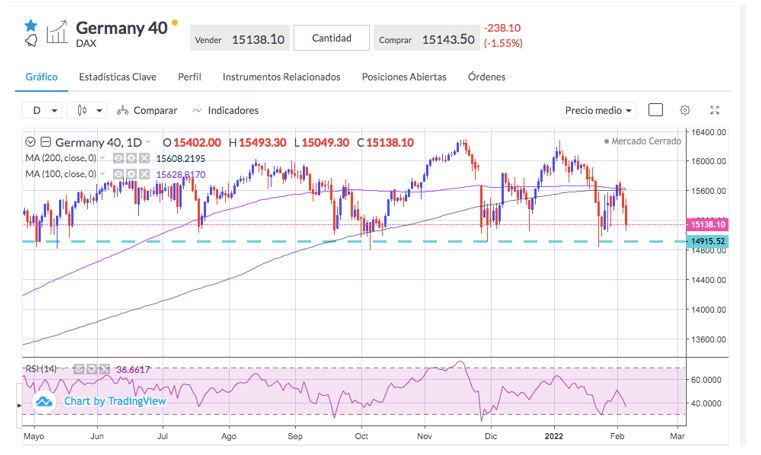