The risk aversion mood spreads all over the financial markets 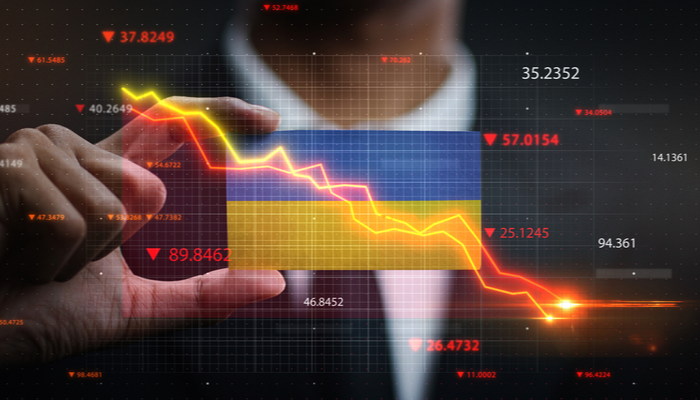 Uncertainty surrounding the consequences of the Ukraine conflict continues to weigh heavy.

The peace negotiations between Ukraine and Russia do not seem to be going anywhere since the bombing of the main Ukrainian cities continues and the bulk of the Russian forces surround Kyiv. President Zelensky stated that there is no possibility of advancing the talks as long as Russian troops continue hostilities, attacking civilian targets and causing casualties among the Ukrainian population.

Meanwhile, the Western countries do not give up their efforts to isolate Russia economically and financially. Additionally, the international companies that are partners of other Russians put an end to their business relationships.

Russia's bond and stock markets are closed and inactive, and the ruble hit a new record low yesterday, trading at 118 against the US Dollar.

But in Western countries concerns also extend to the problems arising from this situation that will inevitably add fire to the already existing inflation problem. To this, we should add supply difficulties in Europe regarding raw materials such as Natural Gas and aluminum, including wheat and corn (Ukraine is a major supplier).

The markets continue in extreme risk aversion mood with widespread falls in the stock markets, with Europe being the most affected, as is the case of the German Dax, which lost more than 400 points yesterday. The North American indices also fell but to a lesser extent shedding more than 1%.

The market tensions are also reflected in treasury bonds. The 10-year American bond Tnote was bought strongly by investors in search of refuge, and the yield fell to 1.71%, a level not seen since the beginning of January when expectations of interest rate hikes by the Fed were still not so high. In fact, sentiment has changed in this direction, and the Federal Reserve is no longer expected to be as aggressive and hold back at its next meeting with only a quarter-point hike. The same could happen with the European Central Bank, which will hardly be able to modify its monetary policy facing enormous economic uncertainty. This is reflected in the German Bund, whose yield has returned to negative values after recently being above 0.30%.

But what seems to worry investors and the financial world the most is the upward oil trend, which has already been quoted at levels close to $107.00, despite EIA announcing the release of 60M barrels from its strategic reserves. Now the markets expect prices to go as far as $140/barrel, close to the levels recorded during the economic crisis from 2008. The possibility that the sanctions against Russia continue to tighten and the country is excluded from the oil trade isn't ruled out anymore. 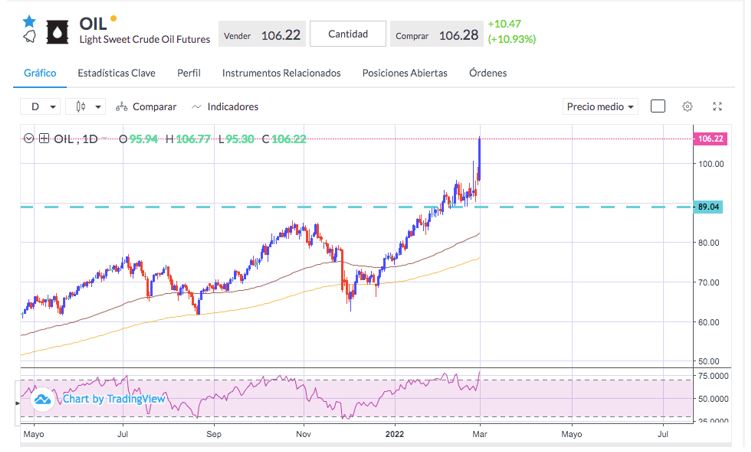