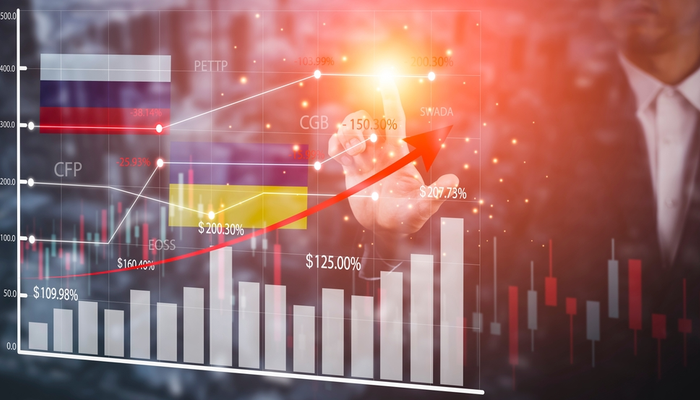 Although tensions in Ukraine have not diminished, the risk aversion levels decreased yesterday.

The bombings continued, reaching even the Kyiv train station. The statements of the Russian Foreign Minister continued with the same harsh, including nuclear threats mentioned.

However, the ruble corrected to 105 against the US Dollar from the previous day's high of 120. The treasury bonds acting as a safe haven also corrected slightly, with the US 10-year bond yield surging to 1.87%, and more notably, the German Bund yield reaching positive ground at 0.02%.

The euro zone inflation figure published yesterday was impacted by the increase in long-term interest rates, recording an interannual number for February of 5.8% - the highest figure in decades. Even so, with the current high inflation numbers it will be quite unlikely that President Lagarde will offer any sign of interest rate hikes during today’s ECB statements. She may even announce that the bond purchase program will continue as long as the situation of extreme geopolitical uncertainty continues.

This is quite the opposite of what is expected from the Federal Reserve. As Chairman Jerome Powell stated yesterday in his appearance before the Senate, it will raise interest rates at its next meeting on March 17. The rise will be limited to 25 basis points, ruling out the possibility of a higher increase for the same geopolitical reasons.

In addition, the Federal Reserve has the incentive of a thriving labor market as we saw the ADP figure that exceeded market forecasts and anticipates non-farm payroll data in this line for tomorrow.

Stock markets rose yesterday with more than 1% gains in the North American indices, while the European ones only experienced slight corrections.

Where the greatest volatility was observed was in the foreign exchange market. The EUR/USD pair fell to 1.1055, very close to the 1.1000 target, although it recovered part of the lost ground later during the session.

The expectation is that the interest rate differential between the dollar and the euro will continue to widen in favor of the dollar. The pressure on the European currency due to the conflict in Ukraine led market analysts to believe the euro could go below the 1.1000 area. 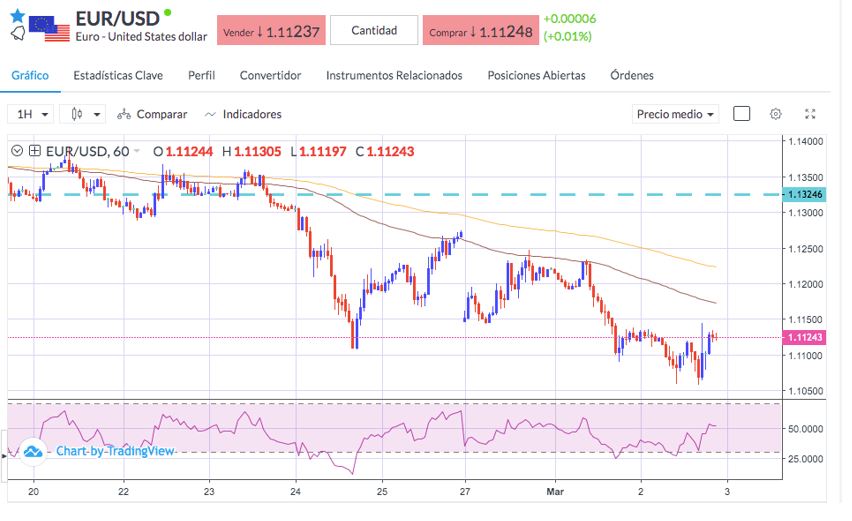