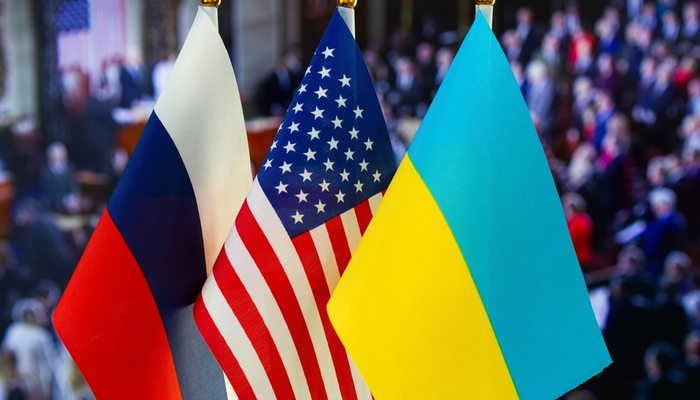 A PBS television report, citing six different sources, announced that Biden told his allies that Putin had communicated to his military officers to invade Ukraine.

The report provided details of the military operation that consisted of two days of bombing and electronic warfare followed by an invasion. This piece of information, which came after Biden had called the US allies, was credible enough to make the market think it was real.

The White House later attempted to deny everything, but the market continued with its risk aversion mode, as it seemed unlikely that the report came from a source other than the White House itself. And indeed, this was later confirmed by sources outside the United States who placed the start of the invasion of Ukraine as early as Tuesday, even before the end of the winter Olympics. So now the market could continue in full risk aversion mode due to the threat of war on European soil.

During the weekend, there were no clarifications, only a call between Biden and Putin that didn’t calm the situation but quite the opposite - both leaders were firm on their positions, and Biden threatened Russia with serious consequences if it invades Ukraine.

US Treasuries were bought aggressively in this highly risk-averse market, with the 10-year yield falling 12 basis points to 1.92%. At the same time, US indices fell, too, with Nasdaq technology shedding more than 3%. 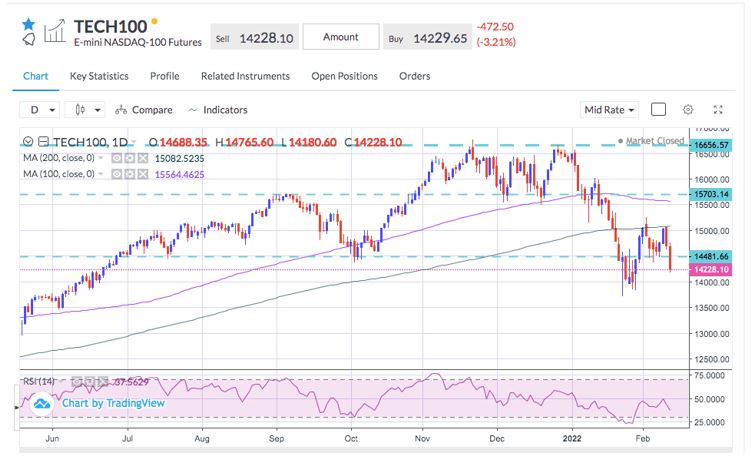 Oil prices rose approx. $4, marking fresh highs close to $94.64/barrel and without any immediate resistance from a technical perspective. Many energy market analysts expect oil to continue to rise above $100 due to the geopolitical tensions and imbalances between supply and demand as OPEC countries keep failing to reach the levels of agreed production quota. 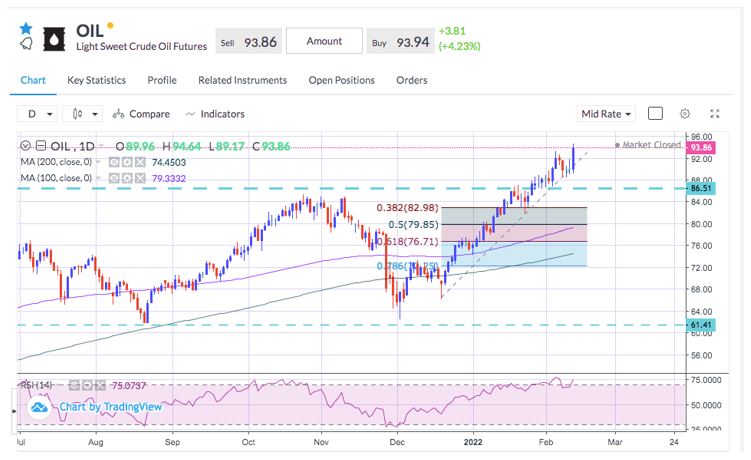