The markets had mixed behavior yesterday 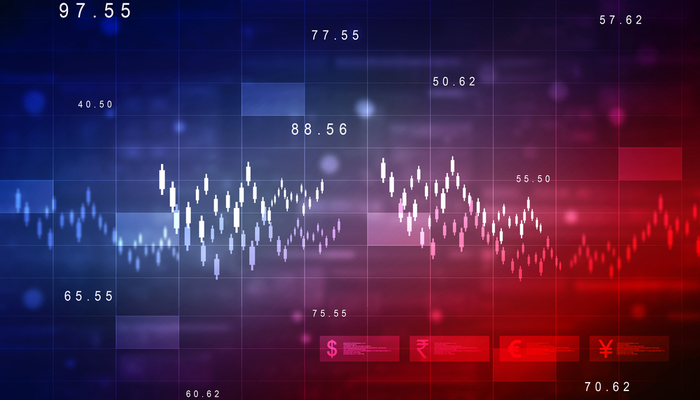 Russia-Ukraine conflict continues to take a toll on the markets

While the European stock markets recovered ground, gaining more than 2% (as the German DAX did), the North American stock markets could not move into positive territory after a first attempt at the beginning of yesterday’s trading session. The day finally ended with the three main indices in the red.

The fall in the prices of energy raw materials – with oil down more than 7% and natural gas losing almost 3% - is one of the reasons why the European stock markets performed better. Europe would be highly impacted by rising energy prices given its almost total dependence on foreign countries, especially Russian exports. The latest falls represent a relief, at least in the short term.

In fact, this circumstance was also reflected in the Euro price, which rose against the US Dollar by more than half a figure.

Behind this market movement are the hopes that an agreement will be reached in the ceasefire negotiations between Russia and Ukraine. Although no clear signal has yet been seen in this regard, the fact that discussions are maintained and continue today leaves the door open. Despite recent developments, the Russian offensive does not stop with disconcerting attacks in areas very close to NATO countries such as Poland.

Treasury bonds, traditionally safe-haven assets in situations of geopolitical tension, are not influenced by the conflict either. On the contrary, they are being sold strongly in the market, especially North American bonds, which, in the case of the 10-year Tnote, have fallen in price to levels not seen since May 2019. The decrease was driven by the imminent rate hike that the Federal Reserve will carry out tomorrow. The yield on this bond has already reached the level of 2.12%. 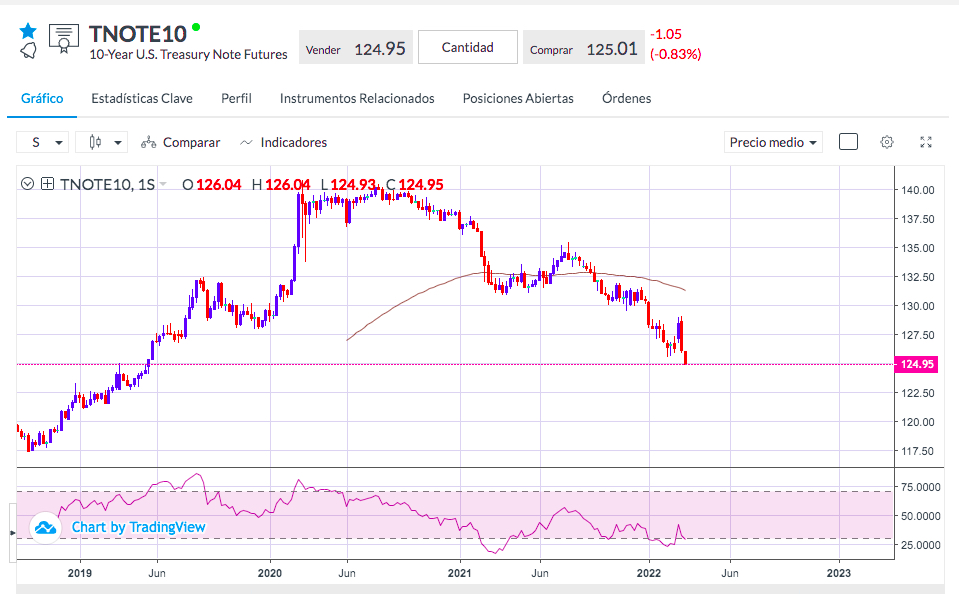 Interest rate hikes the Fed is forced to carry out due to the worrying rise in prices (which have taken the CPI above 7% and show no signs of moderating soon), have pushed the prices of Commodities up. The reason is, of course, the conflict in Ukraine. More interesting news comes from China, which has reimposed lockdowns due to the resurgence of coronavirus infections.

Even so, GOLD corrected more than $30 yesterday, in line with the generalized corrective movement (in large part driven by the improvement in market sentiment on the Ukraine war), but without considering that the yellow metal is used as a hedge against inflation and that it remains at the highest levels in more than 30 years.

Technically, it stopped the fall in the area around $1960/ounce, which could act as a brake and support level for the current bearish corrective movement. 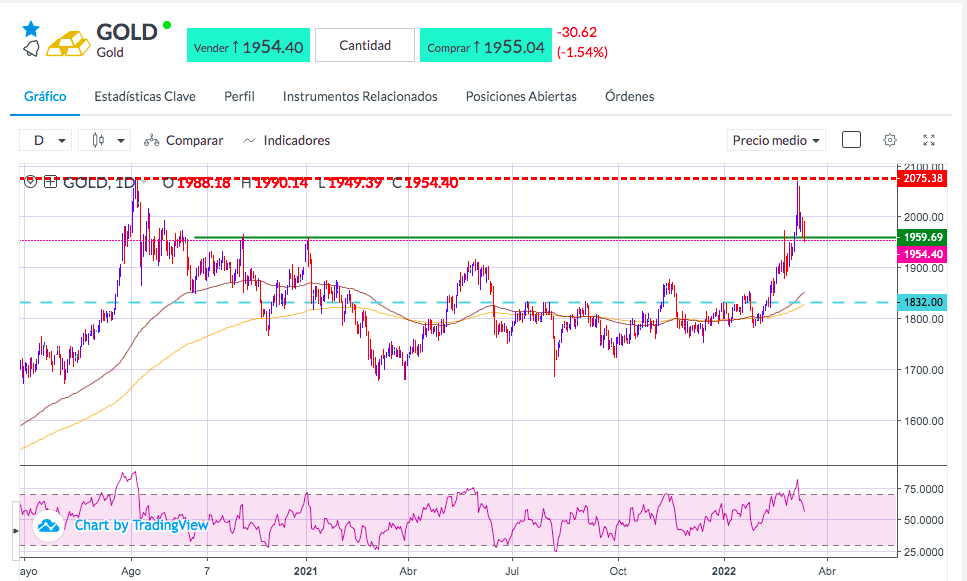