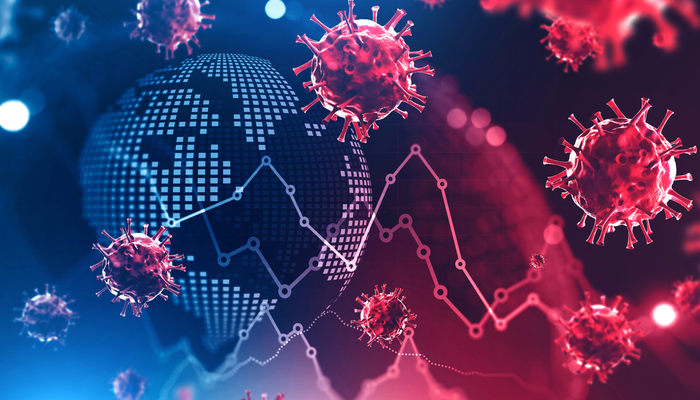 The Purchasing Managers' Index data published yesterday in the U.S. confirms the global slowdown in economic growth. In such a scenario, the market risk sentiment deteriorates rapidly.

The COVID-19 delta variant keeps affecting the global economies with supply chains not working efficiently, resulting in a negative impact on the manufacturing industry. Despite all this, certain Fed members still argue that the U.S Central Bank could start withdrawing monetary stimulus as soon as September. However, this opinion is not widespread amongst the bank’s officials, with most of them believing in an accommodative monetary policy.

The debate is broad, while uncertainty continues to dominate the market. Most financial assets (including U.S. Treasury Bonds) are opting for a more risk-averse stance.

For example, the 10-year benchmark Tnote bond recorded the lowest yield since the beginning of the year: 1.18%. The bond continues to be widely bought due to its safe-haven role during times of risk aversion. 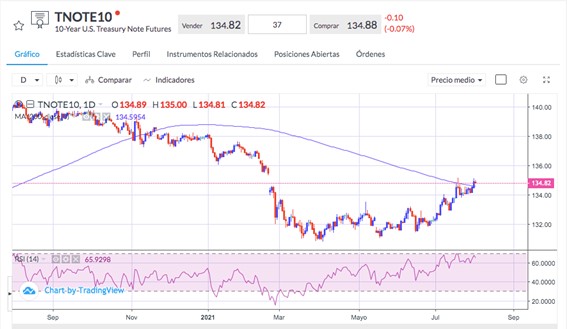 The stock indices are still trading in the upper part of their last price in a lateral movement, alternating days of rises and falls, despite earnings reports exceeding expectations. On the other hand, it is also true that some of the large companies have revealed less optimistic expectations for the upcoming quarters.

This pessimistic market sentiment is being reflected more directly in the foreign exchange market, more specifically in the Japanese yen, which also acts as a safe-haven currency.

The USD/JPY has lost ground throughout July, reaching its lowest levels in early August. From a technical analysis point of view, the pair is forming a head-shoulder pattern which would activate with a daily close below the level of 109.20, where it is at the moment. Its theoretical projection would be around 106.80, through which the 100-day SMA line currently passes. 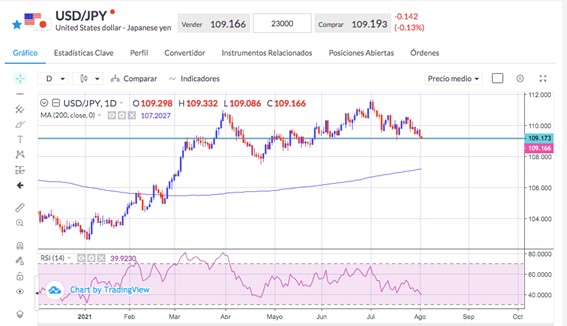 Similar patterns are forming on other yen crosses such as the EUR/JPY and CAD /JPY.

No relevant economic figures are set for today; only earnings from important companies such as Alibaba or the Marriot hotel chain will be released. The markets are looking forward to the American employment figure that may set the tone for what to expect next.