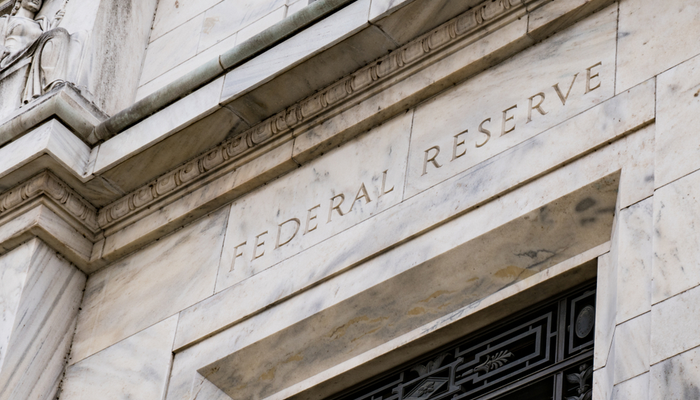 All this is due to concerns about high inflation, and more optimistic view of the future of the US economy.

The Federal Reserve, despite sticking to market forecasts, was more restrictive in its speech on future monetary policy.

The Fed raised interest rates by a quarter of a point on Wednesday, but in the forward guidance of the components of the monetary policy committee, an aggressive plan was presented to bring interest rates to restrictive levels for next year.

Basically, all this is due to concerns about high inflation, but also due to a more optimistic view of the future of the US economy.

The US central bank, in a surprise move, projected the equivalent of quarter-point rate hikes at each of its remaining six policy meetings this year. Its benchmark interest rate could range between 1.75% and 2.00% by the end of the year, and with additional increases for next year to 2.80%, above the level of 2.40% which was considered the threshold above which the economy would slow down.

Powell insisted that the US economy is strong and should "flourish" even in an environment where financing conditions tighten, and monetary stimulus is withdrawn.

The chairman of the Federal Reserve asserted that it is time to raise interest rates and start reducing the balance sheet.

Regarding the latter, he said that the decision would be made at the next Fed meeting, so it would be possible for it to start as early as May.

Beyond the logical rise in treasury bond yields after knowing the result of the meeting, in the case of the 10 year it reached a maximum of 2.24%, the market took the news with optimism after some brief hesitation during the first moments in which the stock markets fell slightly.

Powell's statements showing confidence in the strength of the economy and his optimistic forecasts about inflation, which he expects to ease over the course of the year, weighed more on investors' sentiment than interest rate hikes.

In addition to this, some optimism is beginning to prevail in the market about a prompt resolution of the conflict in Ukraine, which has already been reflected in the precipitous falls in the prices of raw materials and, especially, of oil.

All of the above came together so that finally the performance of the stock indices was more than outstanding.

The Nasdaq index closed the day with a rise of 3.77%, which took it to very encouraging technical levels, having surpassed the 13,800 level, which enables it to advance higher, until at least the 14,360 zone. 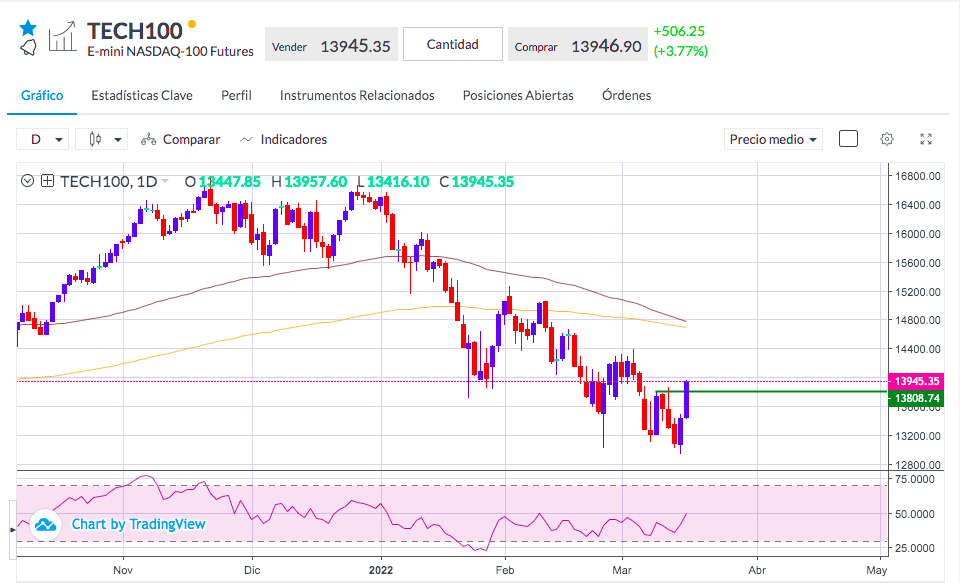 However, GOLD does not seem to be convinced of all of the above, at least when it comes to the Fed's ability to control inflation.

After falling to the 1894 support zone immediately after the Fed decision was known, it bounced off this level which is the 61.8% Fibonacci retracement of the entire last leg up and recovered almost $30 from the lows.

The yellow metal’s future will now depend on the next inflation data and the evolution of the US dollar with which it maintains a negative correlation. 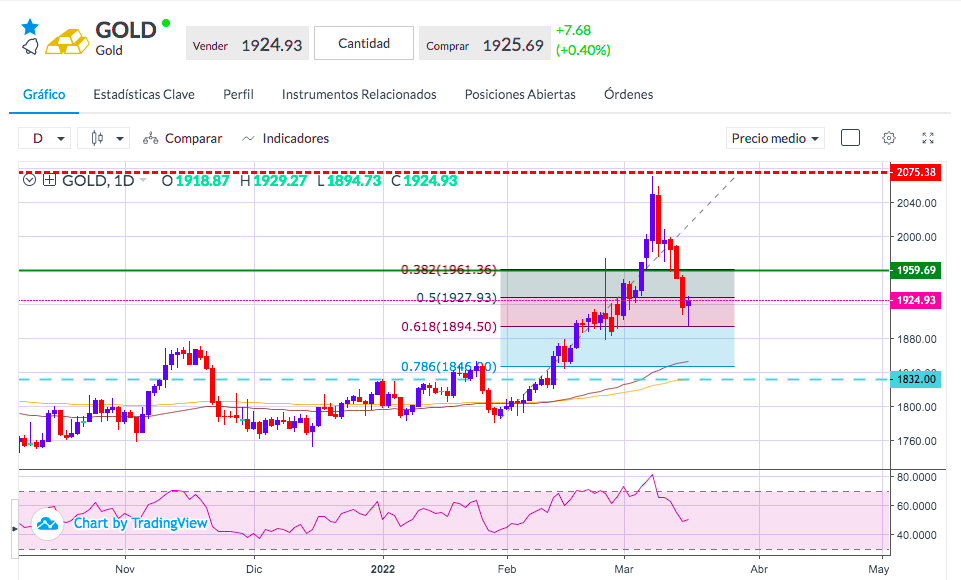