The energy market on a downward spiral? 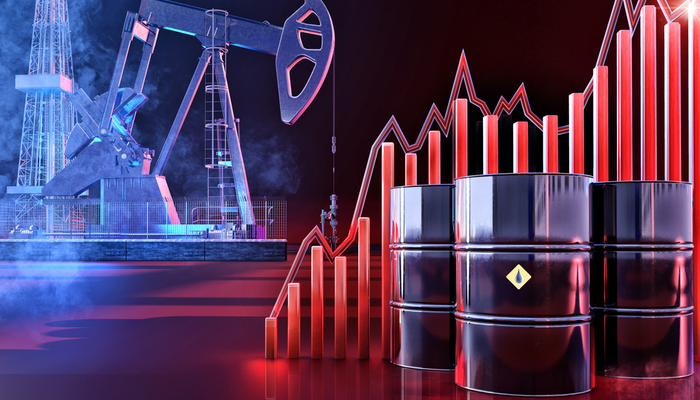 Oil prices fell more than 2% yesterday due to progress in nuclear negotiations.

A favorable agreement that would allow Iran to export oil again could lead to an increase in supply between 1.5 million and 2 million barrels per day. The end of the negotiations is not yet in sight, but the market has started to anticipate it.

Also influencing this movement was the Energy Information Administration forecast, which estimated an increase in 2022 production of 770K BPD compared to 640K BPD for last month's forecast. Should this forecast turn into reality, production would reach 11.97M BPD. Additionally, EIA projected a production for 2023 of up to 630K BPD compared to the previous 610K BPD, which would lead to a total of 12.6M BPD.

This increase in the production forecast could be attributed to the fact that large companies operating in the Permian zone (Texas) have been talking about significant increases in drilling. Some of that comes at the expense of development in other parts of the world.

The risk for a correction in crude oil prices continued to be weighed in due to the possibility of a resurgence of the conflict in Ukraine. But, if tensions don’t ease, analysts expect that prices will remain high.

Today the EIA inventory figures are published with a forecast of 0.316M that may impact prices if the published figure strays too far from the estimates. 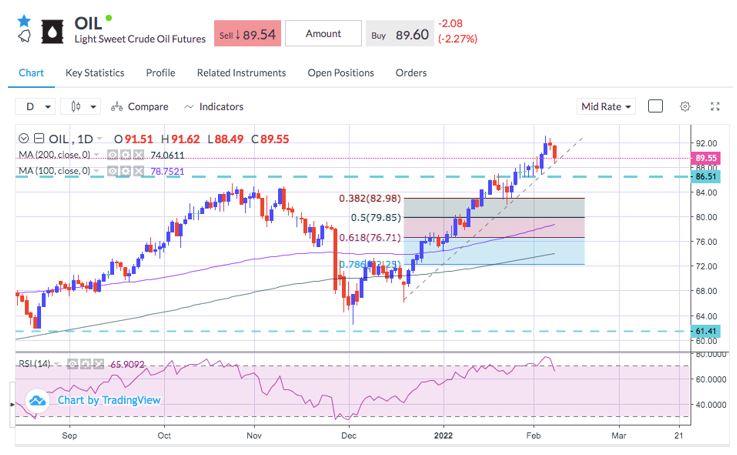 Oil fell more than 2% yesterday but is still far from areas where it can be considered a correction. The next reference level that can act as support is found at 86.50.

Elsewhere in the US economy

On the other hand, the US economy showed signs of strength in the private consumption sector, which contributes significantly to GDP, but does not help ease inflation levels.

Stock indices traded higher. Expectations surrounding an aggressive rate hike in March - of 0.50% - increased, and the yield of the 10-year bond - Tnote - reached 1.95%. 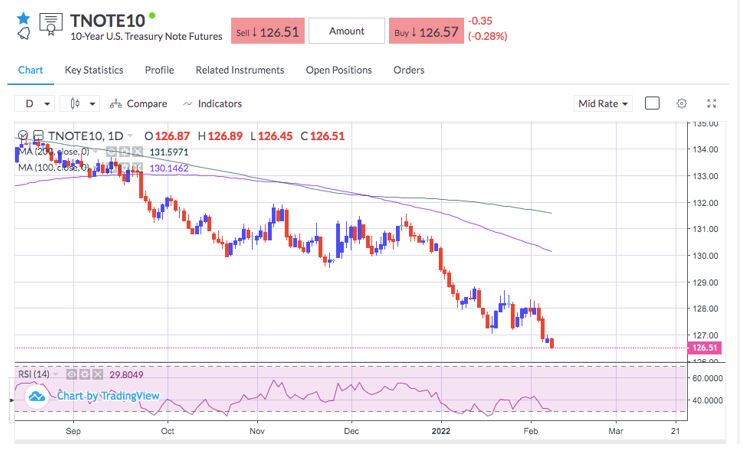