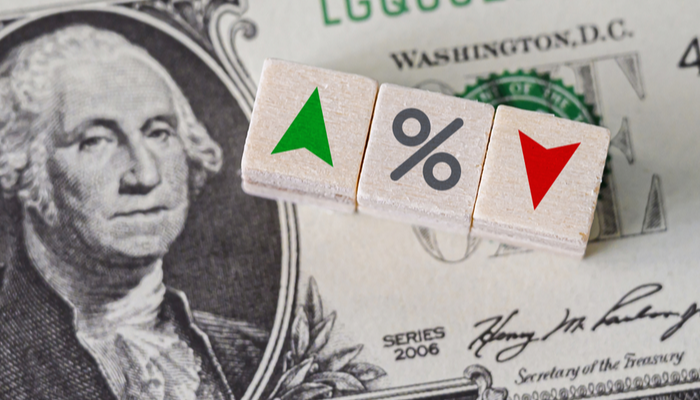 Investors received the Fed’s decision with open arms and see it as an adequate measure against inflation.

Stock markets continued to rise yesterday after the Federal Reserve made a dovish decision on interest rates but showed a more restrictive bias towards the future.

The position of the central bank of the United States was well received by investors as they considered it adequate in the fight against inflation without harming economic growth.

This was reflected in the interest rate curve that steepened in the 2/10-year section, now by 20 bps. The determination of the Fed, which continues to state that inflation will gradually decrease, and that economic growth will not be affected by what the Fed considers a normalization of monetary policy, also had an influence.

We’re witnessing another day when the American indices had a positive performance with gains of around 1%, which leaves them in a good position from a technical analysis perspective.

S&P500 closed at an important level, around 4400, which is above the downward trend that has been showing since the beginning of the year. This growth could open the way to targets starting at the 4500 and 4800 levels. 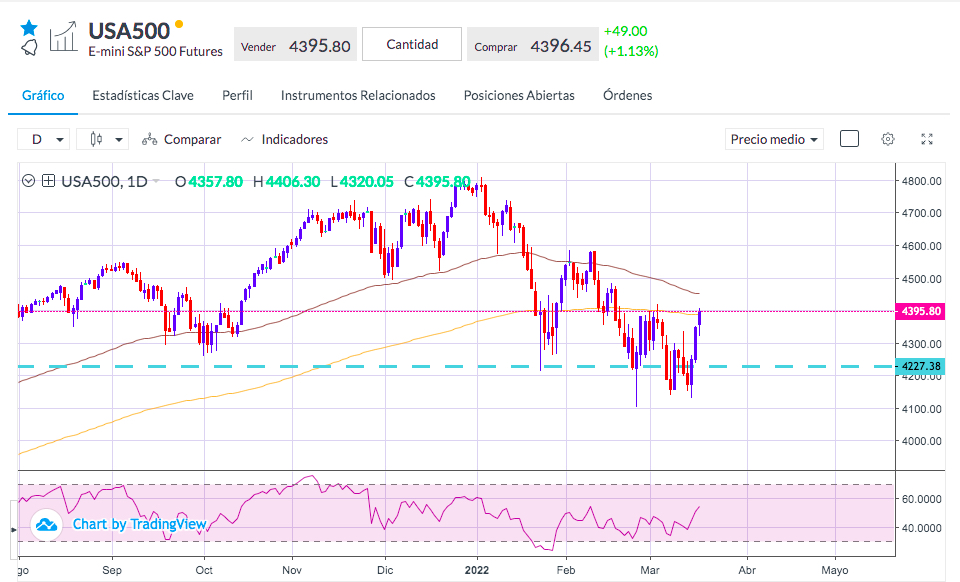 In addition, yesterday the Bank of England, following in the footsteps of the Federal Reserve, raised reference rates by a quarter of a point to 0.75%, something that the market was already expecting, but surprised everyone by being more hesitant about future rate increases.

The Bank’s representatives also stated that the next steps in this direction would possibly be more modest in view of the uncertainties that have arisen from the geopolitical situation.

Expectations were that the Bank of England would remain firm in the process of tightening monetary policy and this statement caused the sterling pound, which in the previous days had risen in anticipation of a firmer stance from this central bank, to retreat and lose one complete figure after this decision went public.

Later it recovered much of this fall, but in its price against the dollar GBP/USD continues to be under downward pressure despite the weakness that the US dollar has experienced in recent days in what is considered only a corrective movement of a technical nature.

From a technical perspective the pair remains bearish with upcoming targets in the 1.2800 zone. 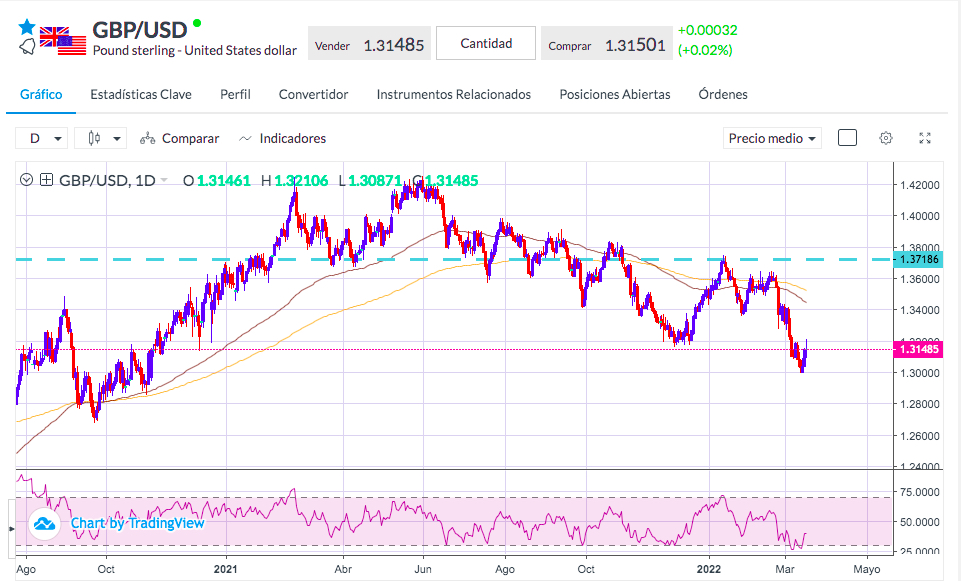