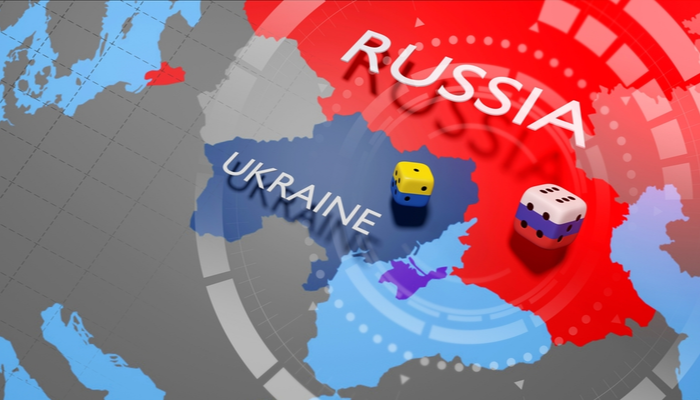 The probability that Ukraine and Russia will reach an agreement in the coming days is high after the latest negotiations meeting. Russia's deputy defense minister came out saying Moscow has decided to drastically reduce military activity around the Ukrainian capital, Kyiv, and Chernihiv. Ukraine agrees to maintain its neutrality, although it requires a defense commitment from a certain number of countries in the event of external aggression.

A final document on what was discussed at the meeting has yet to be officially presented. But despite these signs of progress, a US government official warned that this latest Russian move was just a scheme to regroup troops and concentrate military force in eastern Ukraine.

This latest statement triggered a pullback in the market that had previously leaned heavily towards risky assets ignoring high inflation figures and imminent interest rate hikes that could affect growth prospects for the economy. However, the US Consumer Confidence figure for March, released in the afternoon, was positive and added further enthusiasm to investors.

North American indices all finished in the green with gains of over 1%. Still, the best performers were European indices, with Germany's DAX up over 2% and ending the trading day near the important pivot level of 14,900.

Asian stocks also had a good day, with the Nikkei index rising 1.1%. In this case, the Tokyo rally came as the Bank of Japan pledged to maintain stimulus, offering to buy unlimited amounts of 10-year government bonds to prevent bond yields from rising above 0.25%.

In short, Tuesday was a positive day with a clear increase in investors' appetite for risk, largely due to the Ukraine-Russia negotiations' progress. Investors will pay close attention to the announcements made in this regard, especially the Kremlin's response to what was proposed during yesterday's meeting.

In the foreign exchange market, the possibility of an end to the war was reflected in the price of the euro, which had been punished by the negative effects of the conflict in Europe. EUR/USD rose more than one figure on the day to halt its rise right at the 1.1133 resistance level. This level is an important barrier that was not overcome on two previous occasions. It doesn't appear capable of doing it as long as the interest rate differential continues to widen in favor of the dollar. 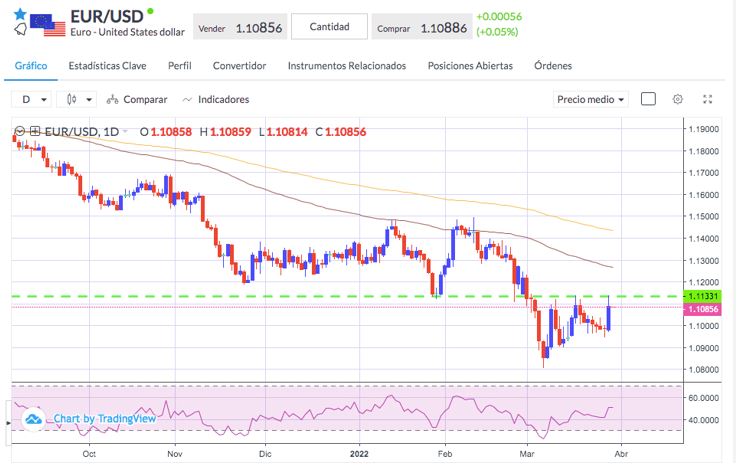