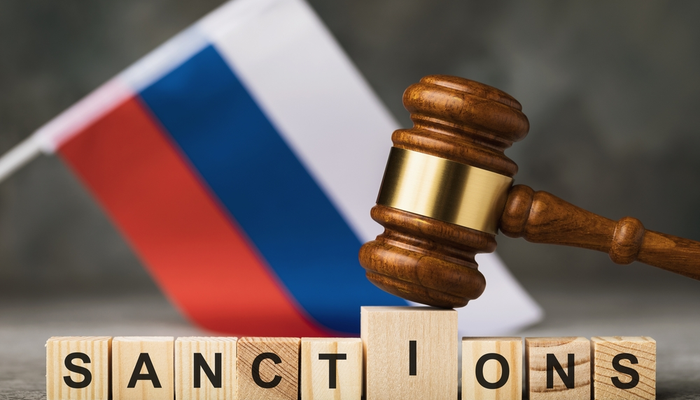 Since the extent of the economic sanctions on Russia was revealed, the ruble fell to historic lows on Monday, reaching the level of 105.7.

Russia's central bank raised interest rates to 20% from 9.5%, a classic measure to stem the currency's slide. However, such a move usually has the opposite effect and can introduce capital controls to boost the ruble and fight inflation. Transfers and loans abroad in foreign currency were prohibited. The authorities ordered exporting companies from the energy sector, such as Rosneft, to sell 80% of their income in foreign currency to halve the rouble’s fall. This would mean around 30 billion dollars per month, assuming that oil and gas exports remain at their current level.

As European and North American leaders have stated, the imposed sanctions, which may be increased if the invasion is not stopped, are already having a devastating effect on the Russian economy. Despite still keeping the door open in Asia, especially China, these sanctions could lead to severe isolation of Russia in the global economic context, potentially translating into a drop above two digits for its GDP.

But the effects of the sanctions are not only seen in Russia, as the European economy is also threatened by these decisions with some banks in Austria, Italy, and France, such as Societe Generale, with high-risk exposure to Russia, falling yesterday more than 10%. 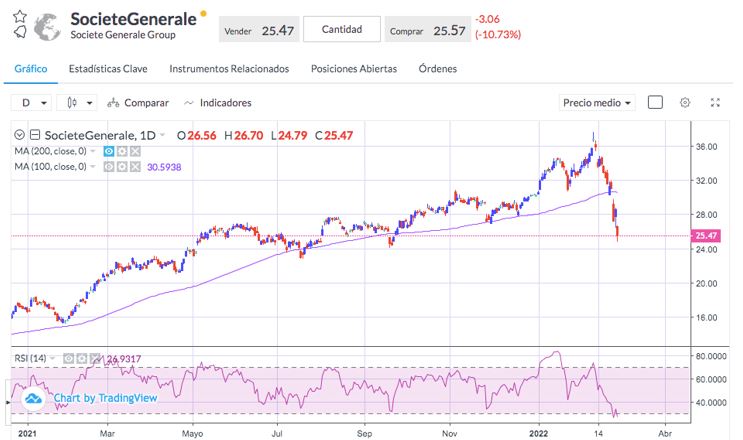 Another front that may affect Western economies is the possibility that Russia's foreign debt will go into default. The volume of external debt is not excessively high in relation to GDP - around 30% - but it amounts to almost $450 billion. Still, sovereign wealth funds such as Norway or Australia have exposure to this asset, without counting what other investment funds have in their portfolio.

The price and supply of energy products are the most concerning in the short term. Yesterday Canada banned the import of Russian oil, and the United States aims to take a similar measure. With a market still unbalanced between supply and demand, mainly due to the inability of some producing countries to reach the quotas decided by OPEC, the exit of the world's second-largest producer from the market would disproportionately raise the price of black gold.

Yesterday, WTI oil reached levels close to $100, threatening to break upwards. However, it fell back slightly due to the remote possibility of an agreement in the bilateral talks between Ukraine and Russia. It was also because of the progress made regarding the lifting of sanctions on Iran. 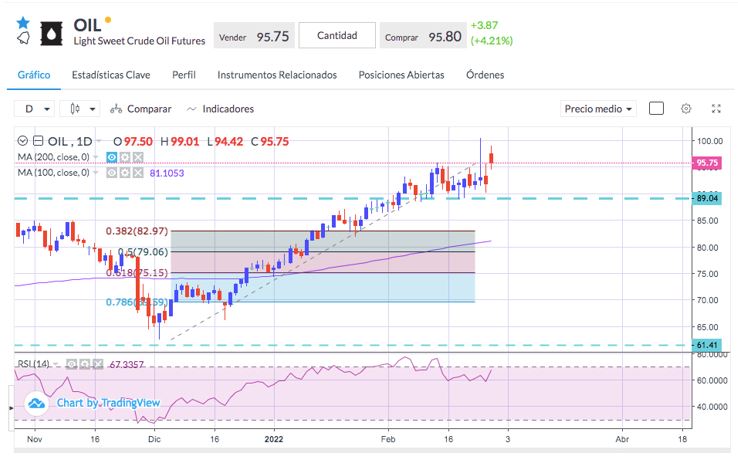