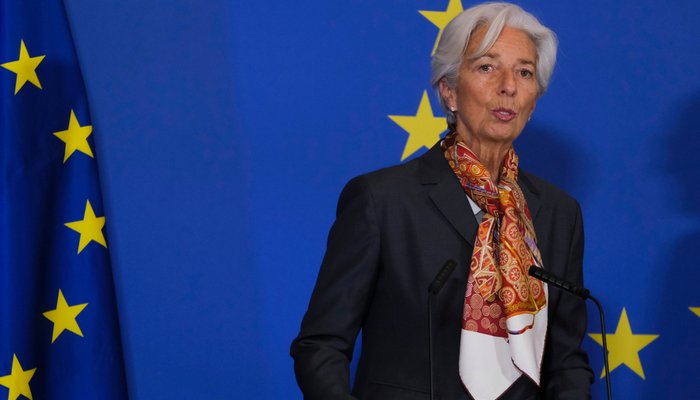 The European Central Bank’s meeting went according to what most investors had expected.

President Lagarde announced that the ECB would begin to reduce the PEPP, a special bond purchase program approved to combat the effects of the pandemic. However, she didn’t specify a start date or rate of this reduction.

President Lagarde also stressed that this reduction could not be considered a tapering, in the style of what the Federal Reserve plans to do, because the main asset purchase program would be maintained for as long as necessary until inflation targets are achieved and the economy achieves sustained growth. The ECB’s president emphasized the decision is not a withdrawal of stimulus but a recalibration of monetary policy instruments.

In short, the ultra-accommodative monetary policy of the European Central Bank will continue for the foreseeable future.

How did the financial markets react to ECB’s decision?

The ECB’s decision led to a slight fall of the euro against the USD and a rebound for the European indices that had been suffering downward corrections during the week, mainly due to correlation with the North American indices. However, as soon as Wall Street returned to the red, European equities erased their previous gains.

New losses in the North American stock markets were attributed to delta variant worries, despite weekly jobless claim figures reaching almost 18-month lows. On the other hand, the clear improvement in the labor market could convince the Federal Reserve to start the tapering process. Still, US Treasury Bond yields lost some ground today, in part due to the result of a 30-year bond auction.

USA30, after a brief rally at the beginning of the session, was losing around 0.40%, quickly approaching the support zone at 34,750. 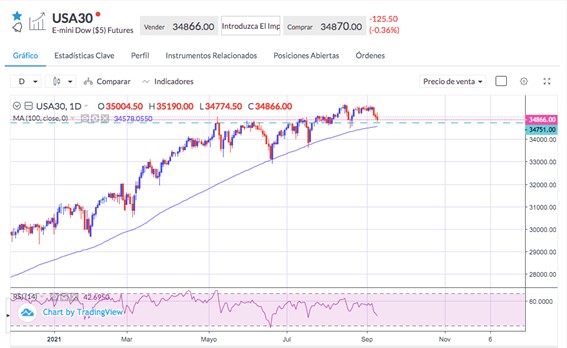 Germany30 started the session with gainst after ECB’s meeting but was later impacted by Wall Street’s fall.

The European index touched the support of 15.465, an important level through which the 100-day SMA line passes. With a more accommodative policy from the ECB and a European economy in the process of recovery, it should perform better than its North American counterparts, at least in the medium term. 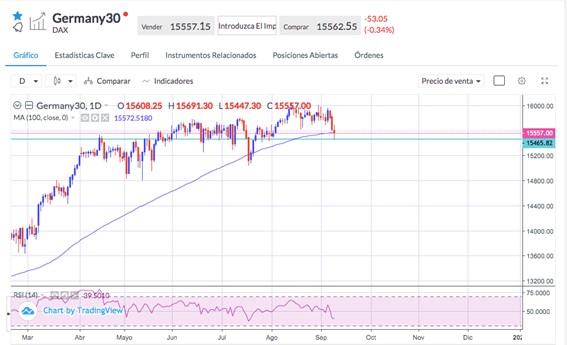 Overall, it seems almost clear that the global stock markets are undergoing a corrective process, either due to fear of interest rate hikes or a potential slowdown in economic growth.