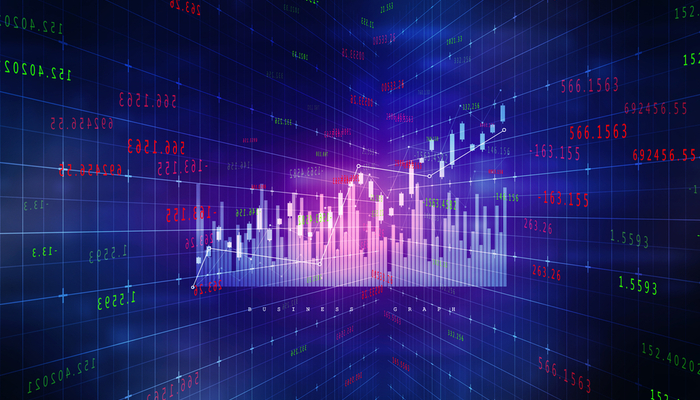 On low-volume days like today, market participants trigger technical levels and consolidate on their existing positions

On holidays like today, in which market participation is significantly lower and in which bond futures are closed, investors have opted for a rotation movement in the stock markets, contrary to that of the last days, selling cyclical values ​​and returning to the technological ones.

It is a purely technical movement to close positions but, in a certain way, marginally influenced by the doubts that arise about the administration of vaccines, their level of acceptance by the population, the time in which they will be available ... etc. Also, yesterday's jobless-claim figure, which remains at high levels without any significant improvement, influences investors' uncertainty.

Keep in mind that the Federal Reserve changed its monetary policy objective from inflation to job creation. However, we have seen improvements in the Non-Farm Payroll figures, though it is still far from its final objective. If the number of jobless claims remains high, it may indicate lack of progress in job creation.

Even so, in the minutes of the last Federal Reserve meeting published yesterday afternoon, the majority of the FOMC members stated that it was not yet necessary to implement new measures of expansionary monetary policy, something that had been rumored in the market in recent weeks. It is therefore improbable that they will act in the market and even less in an extraordinary meeting, as had been commented by some analysts.

Possible action by the Fed will therefore depend on the economic figures, in the first place, especially those for employment, and on the political progress regarding the approval of the fiscal stimulus plan.

Having known the content of the Fed minutes and being less "dovish" than expected, the US Dollar stopped its bearish path.

It caused EUR/USD to retreat from the maximum levels reached yesterday at 1.1940, the highest since the beginning of September, down to the previous resistance zone, 1.1900, which now and in the short-term acts as support. 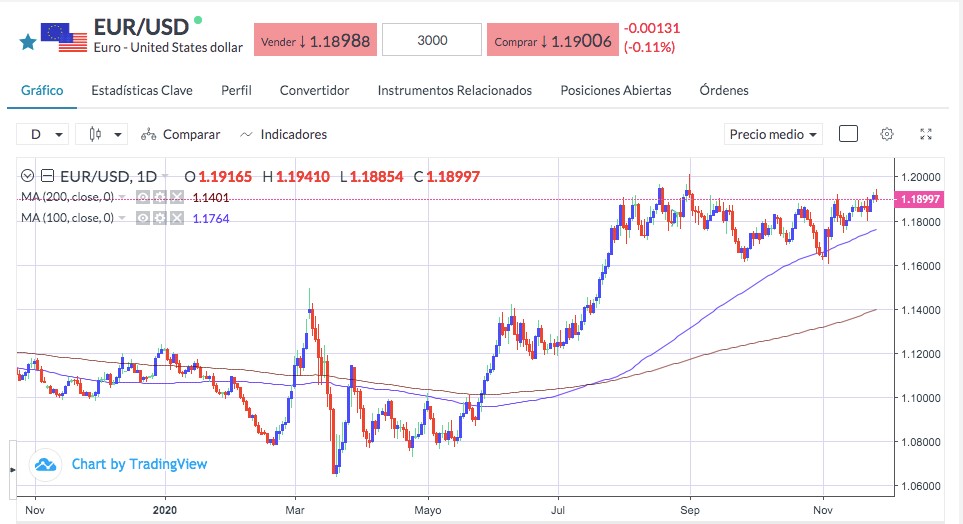 In a broader technical scenario, 1.1940 can be considered the primary resistance whose overcoming could further advance the pair above 1.2000.

But this movement will largely depend on the ECB's decision at its next meeting in December. Many of the Governing Council members of the ECB are making statements in favor of expanding their current monetary stimulus programs and even incorporating new instruments.

The market will be waiting to know what these decisions are, which could put a brake on the Euro if carried out. But on the other hand, if the measures disappoint the market, with a Dollar still weak, the pair could overcome the resistance band of 1.1940-1.200, which would open the way to 1.2200.