Wall Street indices traded bearishly yesterday and ended the day with a slightly more than 1% loss.

Today is D-day for the market as the Fed meets and decides to raise interest rates once more.

The Federal Reserve of the United States is widely expected to hike interest rates by 75 basis points for the third time in a row at the end of its policy meeting today. In contrast, there is a 17% chance of a 100 basis point tightening, which is highly unlikely, with a final prediction of 4.50% interest rates in 2023.

Perhaps more important than today's interest rate decision, the market will look for the Federal Reserve's updated economic projections on unemployment, inflation, and economic growth. Fed dot plot estimates will also be in focus as they provide more precise information about where interest rates and prospects may go.

Ahead of today's rate hike, the 10-year Treasury bond yield reached 3.56%, its highest level since April 2011. While the interest rate curve between two-year and ten-year bonds is further inverted. An inversion in this part of the yield curve is considered a reliable indicator that a recession will follow in a year or two.

Markets have been under pressure due to concerns that the economy and earnings growth rate are slowing and may slow even more if the Federal Reserve decides to raise interest rates aggressively.

The concern is that, despite the slowing economy, the Federal Reserve may adopt a more hawkish stance to achieve the 2% inflation target set by monetary policy.

The Wall Street indices traded bearishly yesterday and ended the day with a slightly more than 1% loss. The US dollar continued to rise against all of its peers due to rising treasury bond yields and expectations that the Fed will maintain its recent determination to continue aggressive interest rate hikes.

If so, there is a risk of creating serious imbalances in the foreign exchange market and jeopardizing the economy's growth.

Despite continuing complaints from Japanese authorities about the yen's depreciation, the USD/JPY pair is trading at a high level for the week and threatens to break higher above the 145.00 level. 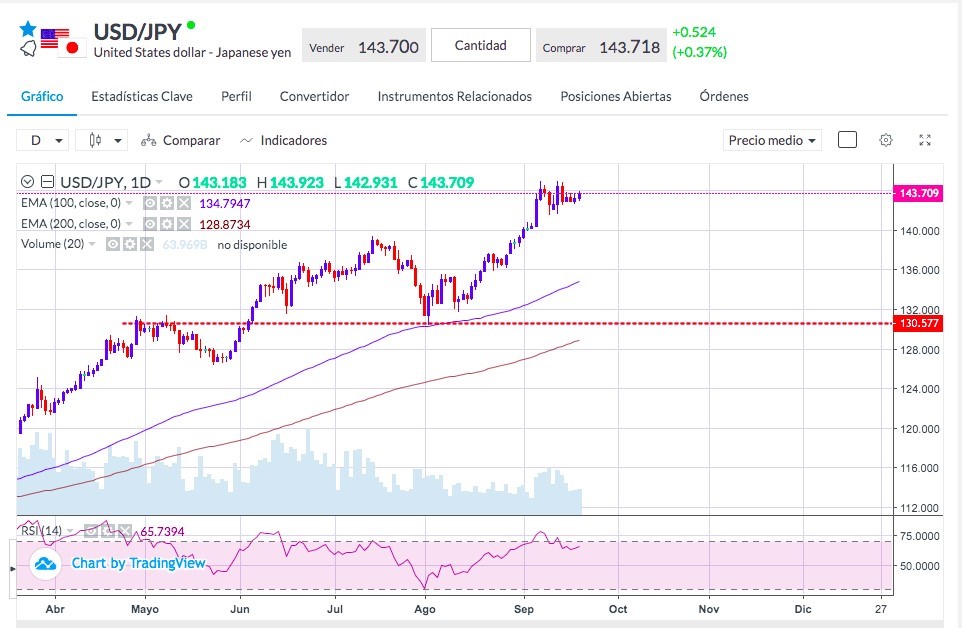