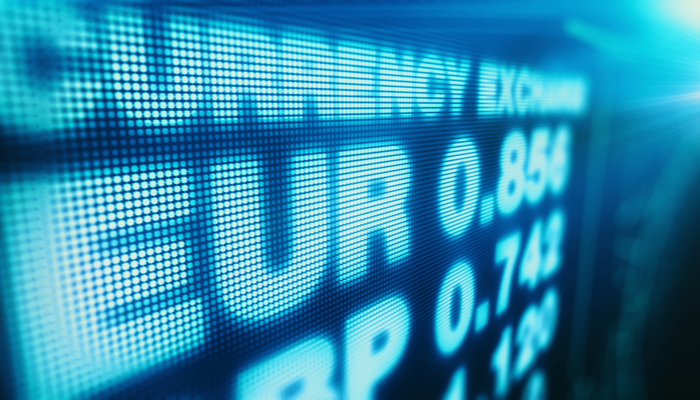 With lack of policy consensus at European level, the single currency is flowing in the wind

The lack of definition by the European Central Bank regarding the Euro exchange rate and its implication in monetary policy and the Eurozone economy, in general, has caused the EUR/USD pair to move in a range between the high levels reached yesterday from 1.1915 and 1.1820 without showing signs of a specific direction. 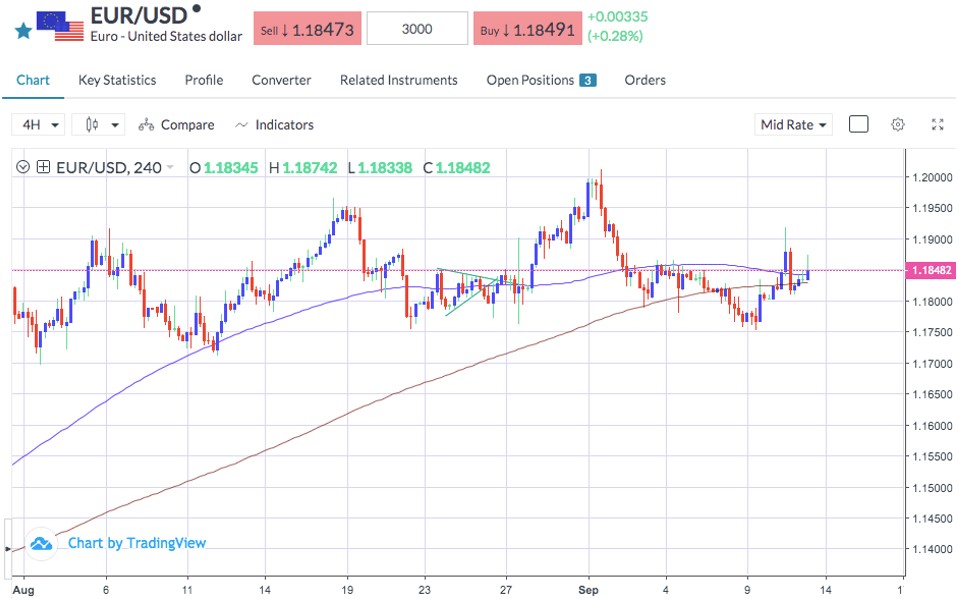 Some members of the Central Bank governing council have made statements on the day, all of them within the same tone of neutrality used by President Lagarde in her press conference yesterday.

Only Chief Economist Lane has once again been more specific in stating that Euro's rise is dampening the inflation outlook.

Inflation is the usual suspect now

Inflation will undoubtedly be the next workhorse for the European Central Bank, especially after the latest figures published today show an evident decline in price levels in all the Eurozone countries.

If this trend continues, despite the exceptional stimulus measures implemented by both the European Central Bank and the European Commission's fiscal measures, a stronger Euro above 1.2000 would be a headwind, which one way or another will have to be addressed.

With a weakening tendency for the Dollar that will continue over time, the appearance of a confrontation in the form of a currency war could arise. Europe's problem is that it lacks the means to intervene directly in the price of its currency, beyond the implementation of even more expansive monetary policies that indirectly influence the price of the Euro.

An argument that some analysts use to downplay the negative effect of a stronger Euro is that this movement is occurring only against the Dollar due to the US currency's downward trend and remains unchanged against other global currencies.

But this is not entirely true, firstly because most of the turnover of exports made by European countries outside their area is made in US Dollars, including countries whose currency is a different one, and secondly because other relevant currencies, such as the Sterling Pound, are also experiencing a sharp decline.

For different reasons, the Sterling Pound has weakened considerably against the Euro. The storm that Boris Johnson has caused by refusing to comply with the previous Brexit agreements, manifestly in breach of international law, has led the GBP to experience the largest monthly decline against the Euro in recent years.

And at the moment, nothing indicates that the situation will be resolved in the short term, which has created an environment of high instability in British politics.

EUR/GBP has broken up the 0.618 Fibonacci retracements of the entire bearish leg of March located at 0.9182 and is heading towards the next level of 0.786 retracement to 0.9320, levels already very close to the historical highs of this pair of around 0.9800 that were reached momentarily during the 2008 crisis.

That is why, although the members of the ECB's governing council try to downplay the strength of the Euro in their statements, it will be a topic that will continue focusing the market's attention soon. 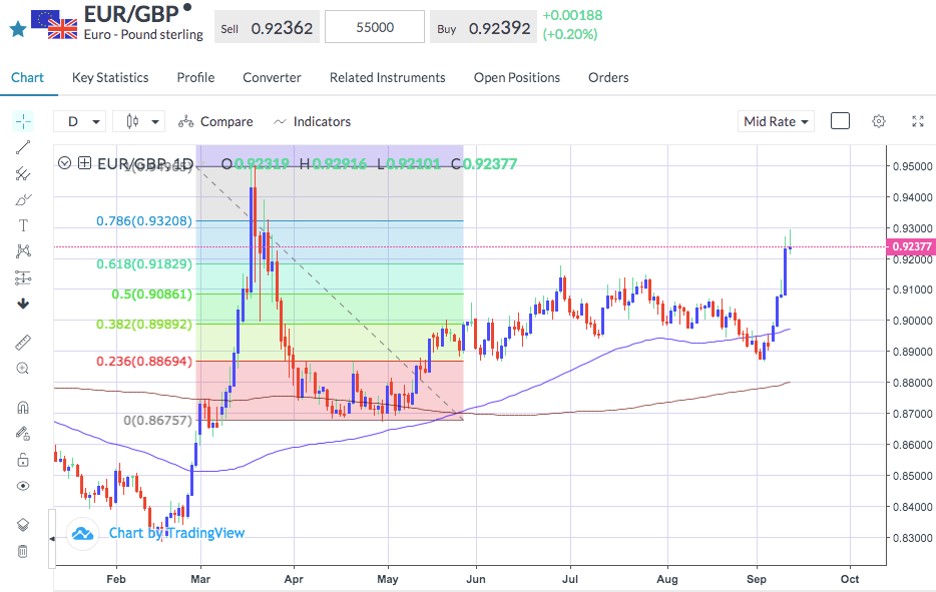