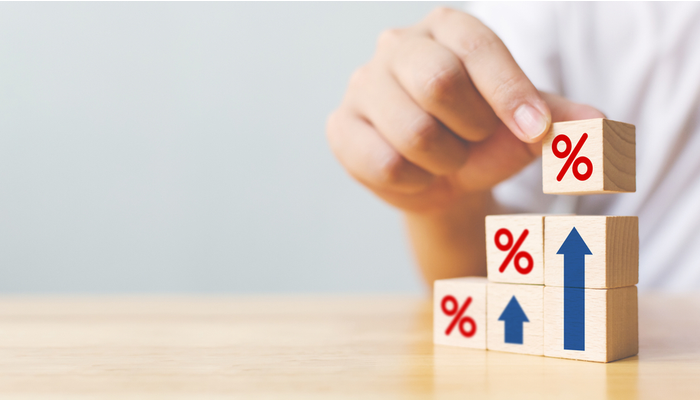 Today, the market begins in anticipation of the two crucial events that will take place this afternoon: CPI and Core CPI reports in the U.S.

On the one hand, the U.S. CPI figure is forecasted to rise to 4.7%. Such a high number would be well above the Fed’s inflation target, potentially causing concerns and uncertainties among investors due to a potential advance rate hike sooner than expected or a reduction in bonds purchases.

But even more critical is the Core CPI figure, which is expected to exceed the 3% figure in its interannual data. As this data has a more structural character, suggesting that price increases will continue over time, the market might keep a closer eye on it. If the surge exceeds the 3.4% forecast, it could have a substantial impact.

The fixed income market seems to accept Fed’s thesis that the inflationary phenomenon is transitory, reflecting it in the Treasury Bond Yields - the 10-year benchmark has fallen below 1.50%, a level not seen since the beginning of last March when the high CPI figures had not yet been released. This case has also been influenced by the increase in risk aversion due to the increasing tensions between the United States and China. However, at the moment, the high level of adversity recorded in the Trump era has not been reached, and there are no expectations for this to happen. Anytime soon.

The result of yesterday's auction of the 10-year bond has also influenced this market’s performance. Currently, the appetite for these assets remains high, and the Fed's bond purchase program is still in place, which could be the main focus soon.

The ECB meeting this afternoon could also be important in terms of its impact on the market. Although there are no expectations of any change in their monetary policy, there is still the possibility that officials will show some bias in the report, depending on economic projections.

The market consensus seems to indicate that the ECB will continue to be dovish, with economic forecasts not too optimistic. However, there are voices within the government council that point to the need to reduce the purchase of bonds, opting for a more expansive monetary policy. In this sense, the euro falls slightly while waiting for the meeting. However, in the case of the EUR/USD, there is also a certain strengthening of the dollar occurring due to its characteristic of a safe haven, given the increase in risk aversion.

The pair fell a few pips but still far from the level considered the first support or pivot in the 1.2103 area. Below this point, it could make its way to the next support level in the 1.2040 area, where it would pass the 100-day SMA line. 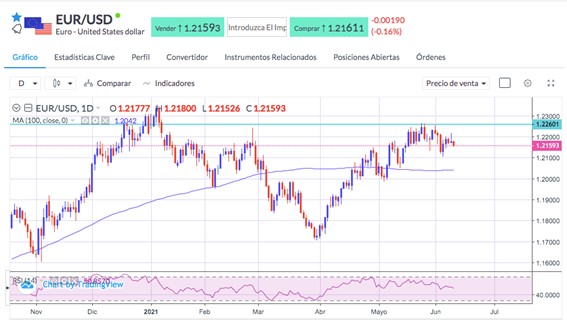