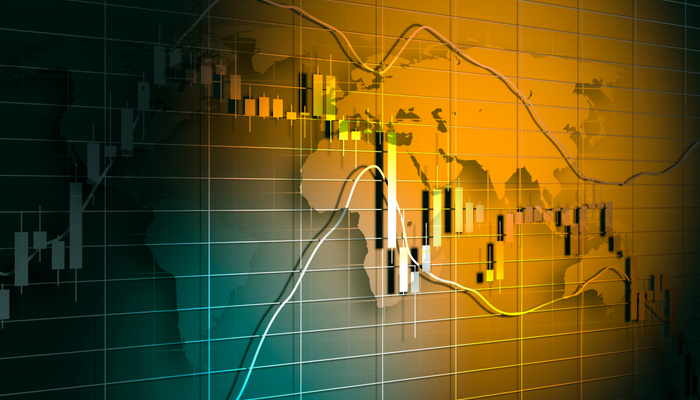 The month begins with a continuation of the upward momentum of the leading world stock indices with a greater prominence of cyclical stocks that indicate investors' optimism about the recovery of the economy, mostly due to the right prospects regarding the approvals of the different vaccines by regulators.

Caixin China Manufacturing PMI continues its upward pace with a model of 54.9 in November vs. 53.5 expected. The recovery of the Chinese economy is a fact, and being the engine of the world economy, it is the main factor that influences the return to risk-on mode in the markets.

The EURO is unstoppable

In Europe, the manufacturing PMI figures published today have also been positive, with 53.8 in November vs. 53.6 expected. The model remains above the growth threshold of 50.

However, the year-on-year inflation figure for November fell to -0.3%, below the -0.2% expected which, together with the Euro's strength, may be sufficient reason for the ECB to decide to act at the next meeting on Thursday, December 10.

Some comments, such as the one made today by the Governing Council member, Schnabel, point to an extension of the TLTRO's asset purchase program and/or liquidity facilities.

The Dollar's weakness is pushing up the price of the EUR/USD that today again threatens to break up the psychological barrier of 1.2000. 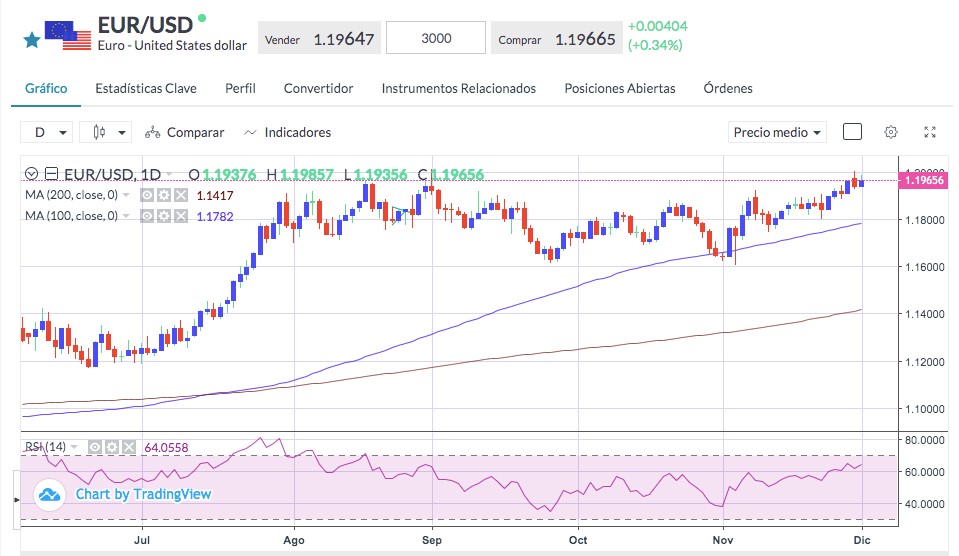 The most widespread sentiment in the market points to more aggressive measures such as cutting discount rates or increasing the amount of the asset purchase program so that the Euro can stop its upward path against the Dollar.

Only a temporary extension of the current monetary stimulus instruments seems to be insufficient for the Euro to lose its current strength against almost all the currencies that are traded, especially if we take into account the improvement in the economic figures, the stagnation in the contagion figures and the proximity of the vaccines that will be approved by the regulators in mid-December.

The Pound is also experiencing bullish momentum in recent days, mainly against the Dollar, motivated exclusively by the hope that the Brexit negotiations will conclude satisfactorily. In reality, the participants in these conversations are not sharing information about the development of these. Still, the market seems to be betting that a hard Brexit will be avoided at all costs.

GBP/USD has once again touched the central resistance zone at 1.3400, a level that has not been surpassed since last July, above which it finds no obstacles, from a technical perspective, until the price concentration zone between 1.3700 and 1.42000. 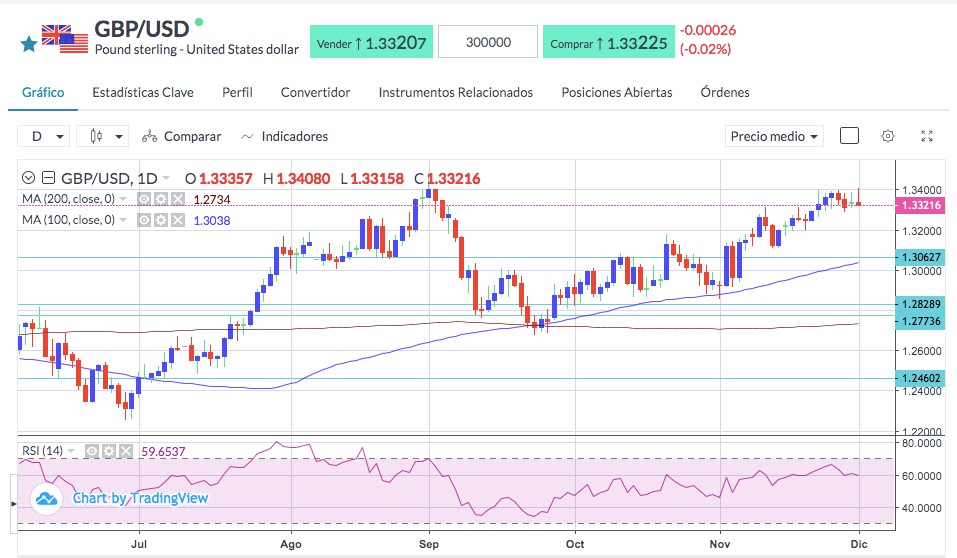 And in the stock markets, as we indicated at the beginning, cyclical stocks are the ones that take the lead, and in this context, the DowJones30 index is ahead of the rest with gains close to 1% before the start of the North American session.

The index is again approaching its all-time highs in the 30165 zone reached on November 25, with indicators such as the RSI still in zones below overbought levels and no divergence signs. 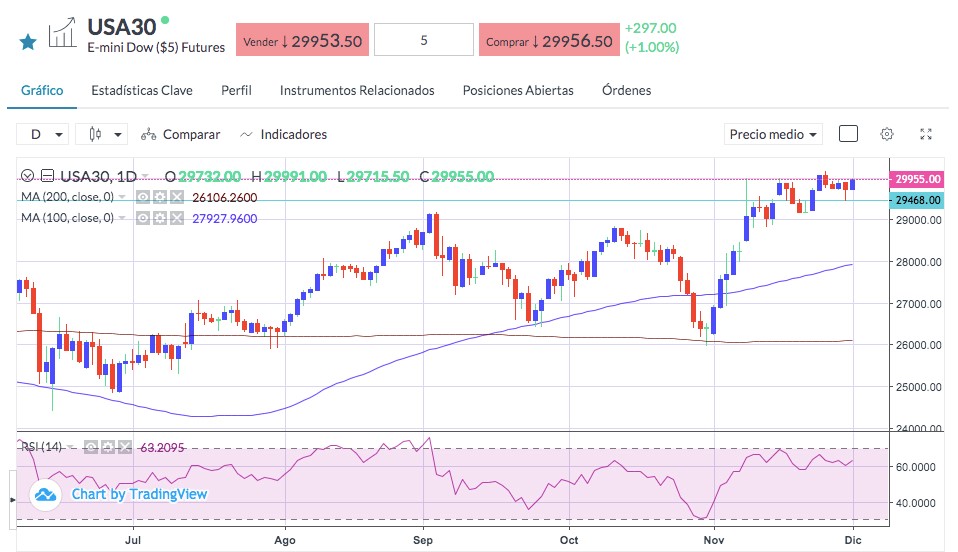 Overcoming the last maximum opens the way to more significant advances without any technical reference that can be considered resistance.

The US fiscal stimulus package, which would be an essential factor in supporting this index, still does not seem to be approved until the beginning of the year. Its amount will be a vital element to take into account. The composition of Congress will also influence it, with the Democratic party being the most favorable to a more significant amount of this stimulus measure.