Inflation and interest rates are still in the spotlight 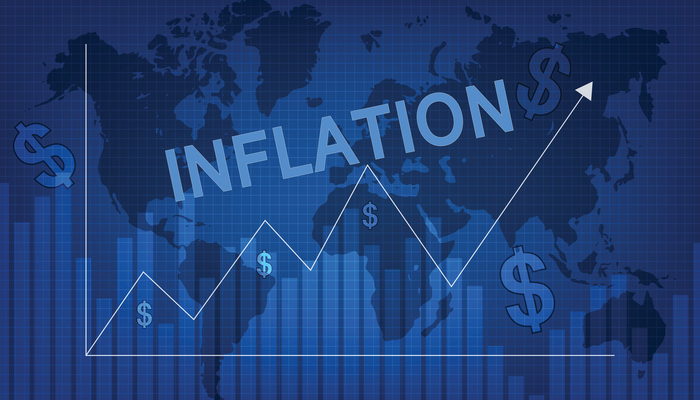 Federal Reserve official Christopher Waller commented that the Federal Reserve should be prepared to raise rates by half a percentage point at each meeting until inflation slows decisively, directly impacting the market.

These statements sparked a sell-off in Treasury bond markets. The 10-year US Treasury yield rose ten basis points to 2.84% as investors feared the Fed would continue to raise the interest rates without pausing after the June and July increases.

This reaction shows how alert the market is when Fed members speak . The meeting between Joe Biden and Fed Chairman Powell also aroused some concern among investors.

Until the situation is settled, the market will continue to experience a strong trend toward volatility. And this will only happen as economic data becomes known, especially the metrics related to inflation and growth.

Tuesday's economic reading showed that US consumer confidence declined modestly in May. However, it is higher than the market expected because of the high inflation and rising interest rates. So, the reading of the figure was positive since domestic consumption is one of the main components of GDP.

Today, the market is awaiting the ISM manufacturing and non-manufacturing data readings to assess the health of the economy and the release of the Fed's Beige Book.

In a session marked by high volatility, the global indices ended the day in negative territory. European indices were the most affected, suffering a downward pressure after the released eurozone inflation data exceeded 8%. The European Central Bank will have to raise interest rates in July. The question is whether it will do so moderately with 25 bps or if, as some members of the ECB governing council prefer, they will lean towards 50 bps.

Meanwhile, crude oil hit new highs during the session after it became known that the European Union had decided on a partial embargo on Russian oil. This hurts market sentiment, a sentiment already deteriorated by the inflation data. But in the afternoon, news broke that some members of OPEC+ would be willing to kick Russia out of the oil cartel and consider increasing production to compensate for this country's output. This caused a drop in the price of crude oil to around $3.

Technically it has rejected the upward break of the bullish channel. Although the trend is still upward, it would be possible to see corrections from these levels, especially if the news about OPEC+ is confirmed. 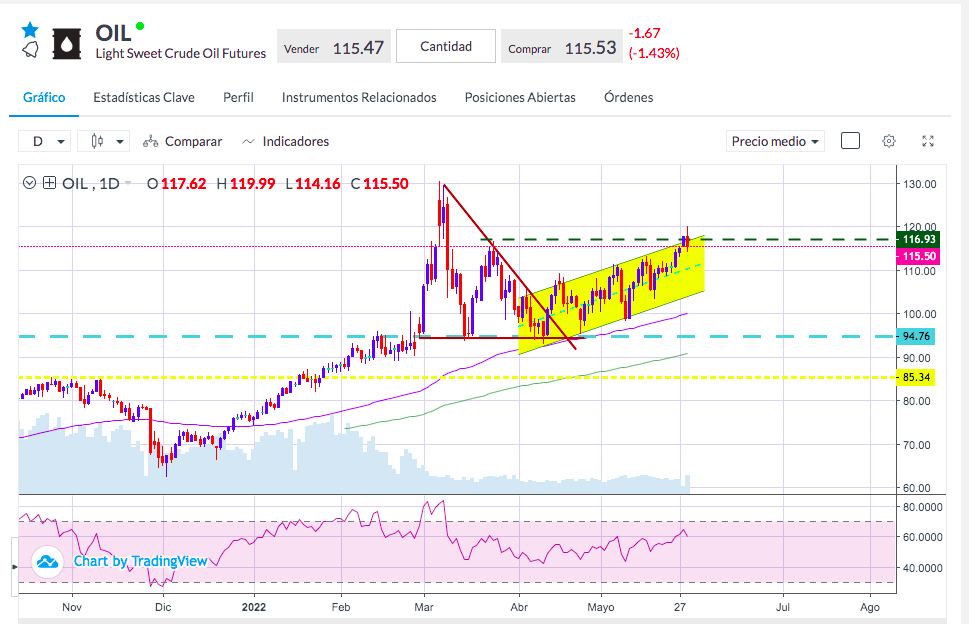