Federal Reserve could be less aggressive at its upcoming meeting 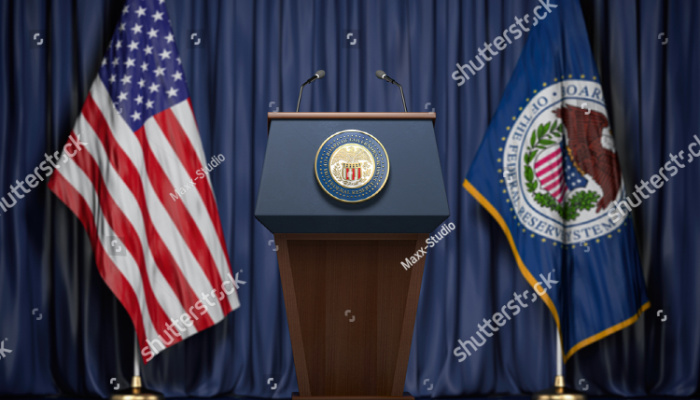 The retail sales figure, eagerly awaited by investors as it could trigger more aggressive action by the Federal Reserve, despite being strong, was not enough for the Fed to use all the ammunition in the next meeting.

Later, before the stock markets opened, industrial production and capacity utilization reports came in weaker, helping to quell any concerns about the economy overheating.

Statements from some Fed members also allayed fears of a 100-basis point hike. Bostic, who earlier this week did not rule out 100 basis points, softened his tone by saying that moving "too dramatically" could undermine the economy. Bullard stated that he saw year-end interest rates at 3.75%, a quarter point above his last 3.5% projection. However, he did not comment on the next hike, leaving it open to the monetary policy committee’s decision. And finally, Daly said that the Fed is working to lower inflation without stalling the economy.

All these statements show that the Fed is now very aware of the effect on economic growth that interest rate increases may have; therefore, it can be inferred that they will be more cautious in their decisions.

As for the figures from the University of Michigan, closely followed by the market, the most important was inflation expectations, which fell to 2.80% in the five years.

All this encouraged the markets, which ended the week with a clear feeling of risk appetite: buying flows in the stock markets, general sales of Dollars and the 10-year Treasury bond yields down to 2.92%.

Sentiment has improved significantly, and all forecasts point to a 75-bps hike by the Fed. The 100-bps hike is ruled out, and the most important thing is that, given the better inflation expectations, the market will no longer be worried about aggressive interest rates hike.

The Wall Street indices experienced significant increases, 2.06% in the case of the DowJones30, which is close to the upper end of the bearish channel that has been operating since the end of April. A close above this level would pave the way for further rallies to end the bear market.

For this, it will be necessary that the results of the North American companies published this week and the next ones be positive, so they at least that match the forecasts. Bank of America and Goldman Sachs’s second-quarter earnings will be released today. 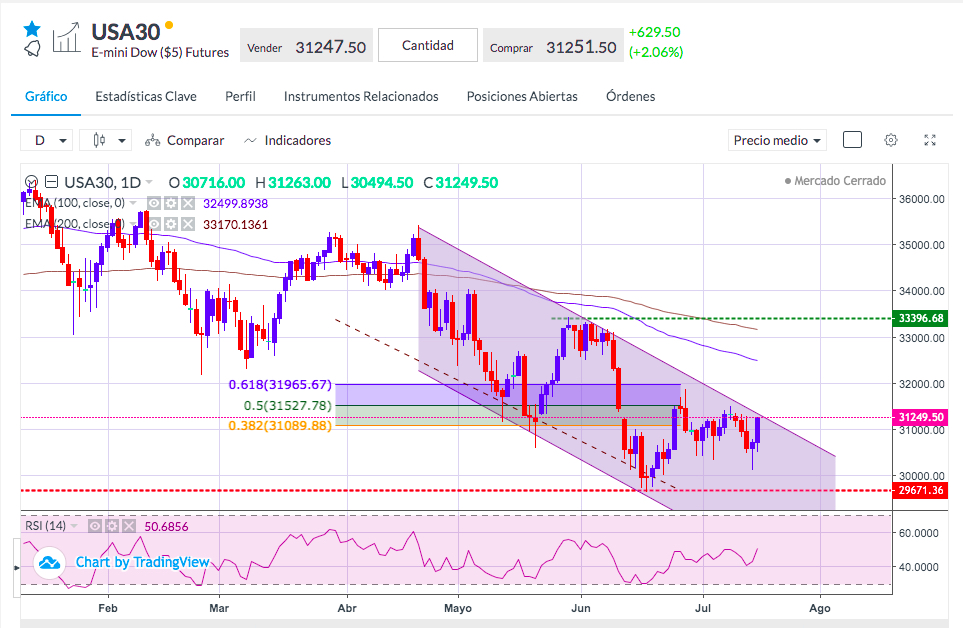