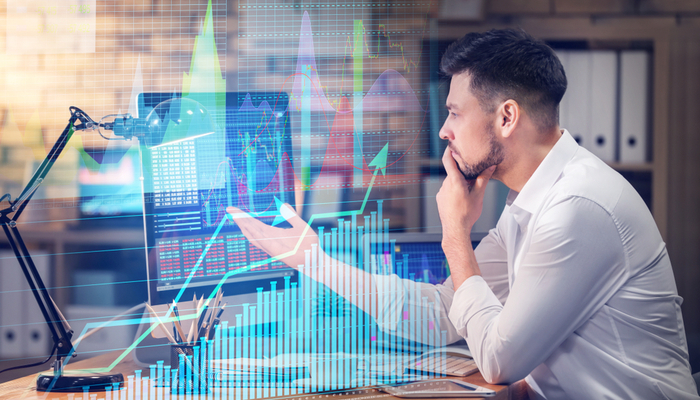 Although many Fed members had been making statements during the week in favor of initiating the process of "tapering" - reducing the bond purchase program - Powell did not point at any specific date when this will occur. However, he did not rule out the possibility it might happen before the end of the year.

According to Fed Chairman, the evolution of the American economy has been favorable, with the labor market approaching the target levels of full employment. Regarding inflation, Mr Powell still expects it to be a transitory phenomenon. In any case, should it reach alarming levels, the Central Bank would always be prepared to act accordingly.

Perhaps the most "dovish" part of the entire speech was Mr Powell's statement that the tapering would not be a signal for increases in the benchmark interest rate. But that is something the market already takes into account. The beginning of the withdrawal of stimuli by itself would act as a factor for long-term interest rate rises, with some analysts even thinking reference interest rates could increase by the end of next year. In any case, everything is based on expectations and on the fact that Mr Powell did not provide any precise date regarding the start of tapering.

For the rest of the week, investors will closely monitor leading indicators such as the PMIs scheduled for publishing in major countries, as they serve as barometers for the state of economic recovery. Above all, Friday’s Non-Farm Payroll report and Unemployment rate release will surely be the main attractions. Should these two turn out better than forecasted, then markets might be led to believe Fed could announce the tapering at its September meeting. 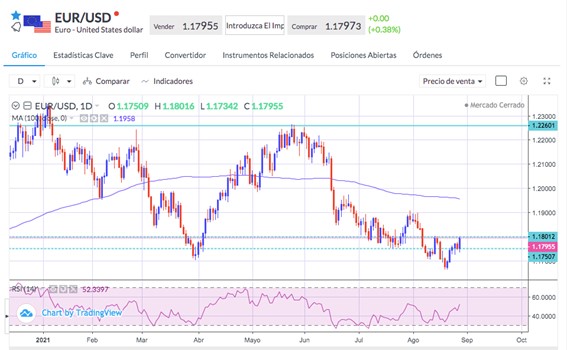 Commodities experienced a considerable upward momentum on Friday after Mr Powell's statements, as investors interpreted that the expansionary conditions of monetary policy would continue. Additionally, the energy markets got a boost from the latest developments surrounding hurricane Ida, which caused several closures of oil and Natural Gas extraction sites.

Natural Gas shot up after the news came out, reaching new highs of $4.40 at the end of Friday, levels not seen since December 2018. This movement’s continuity will depend mainly on what happens next with the hurricane. 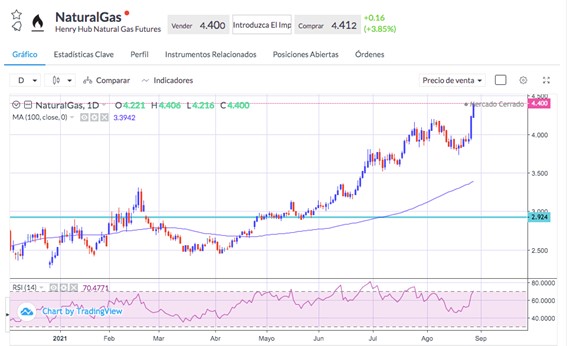