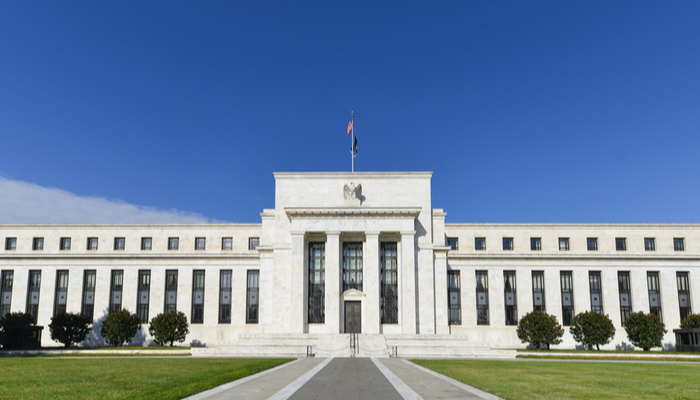 FED, BOE & ECB on top of their monetary game

The session began with a positive risk sentiment that kept during the day awaiting the Federal Reserve meeting in the afternoon.

The consensus is that the central bank will not make any changes in its monetary policy. Still, the market expects President Powell to give some clue about the future of interest rates.

Most likely, the meeting and the subsequent statement will not involve any event that affects the market. If it were to influence it, it would be on the dovish side that would be taken positively by the stock markets, which would pressure the US Dollar down.

Today the economic figure of the trade balance of the Euro area was published with a surprising rise in the surplus to 27.9 B vs. 12.6 B expected.

This level of surplus represents a remarkable recovery from the levels seen in June and July of 2.9 B and 9.4 B, respectively. It shows that the export capacity of the European Union has returned to normal, reaching the previous average.

Lately, this figure has not been a market-mover, and today it has not had a relevant impact beyond a slight rise in the price of the Euro, which in the case of EUR/USD seems to be due more to the weakness of the Dollar than to the strength of the Euro. 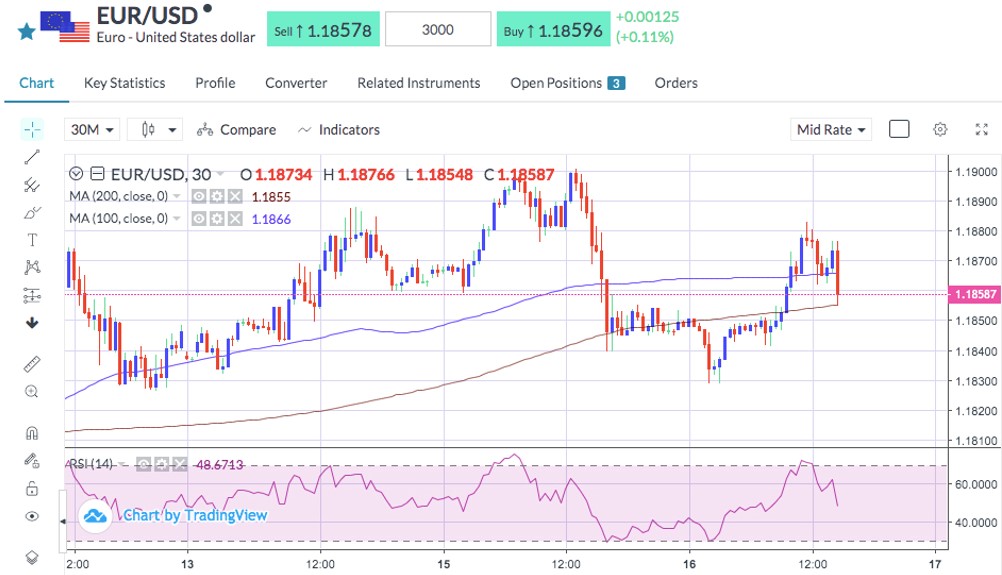 But if we stick to the latest market discussion that the Euro strength could be a brake on growth and that the ECB could be concerned about it, the trade balance data published shows, at least in the short term, that the ultimate strength of the Euro has not been an obstacle for the export activity of the countries of the European Union.

If this fact is confirmed, the ECB would be less concerned about a somewhat stronger Euro soon.

In its quote with the Sterling Pound, the Euro has also behaved strongly in recent days, breaking up significant resistance levels located in the 0.9150-0.9160 area.

Tomorrow, the Bank of England's monetary policy committee is meeting and could decide on interest rates or its asset purchase program.

The UK inflation figures published today confirm, as in other economic zones in the world, the downward trend of inflation with CPI data for August of 0.2%. This alone would be enough reason for the BOE to decide to increase its expansionary monetary policy, either by increasing the volume of asset purchases or by cutting interest rates.

But also, the latest political events that threaten a no-deal exit from the European Union impedes the economic stability of the United Kingdom, and this could push the central bank to take some preventive measures.

Whether this happened or was hinted at in the meeting statement, it would have an immediate negative effect on the Sterling Pound, leading EUR /GBP to resume its latest bullish move towards the next level around 0.9325 and above. 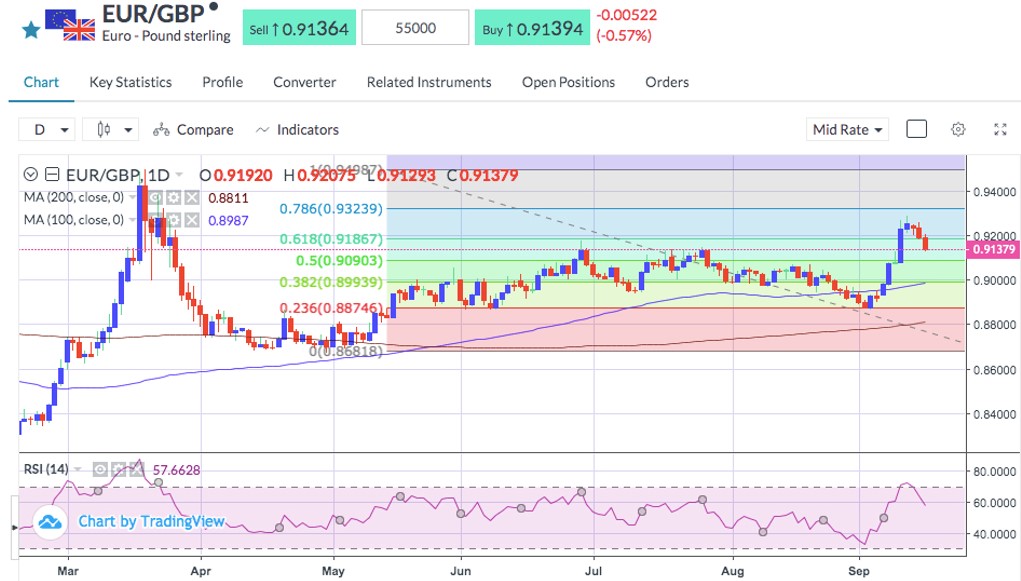