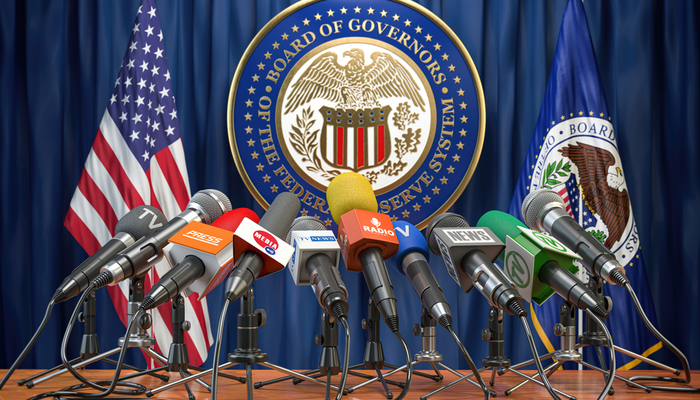 In his Senate appearance, Federal Reserve Chairman Jerome Powell maintained his dovish tone despite recent inflation figures showing a rise in both the CPI and the PPI figures.

According to Mr Powell, the recent price increases affect the country's reopening, but they will eventually fade out. His comments came after data released this week showed consumer prices rose to record levels, not seen in 13 years.

Bond yields fell globally, with the 10-year U.S. benchmark dropping to 1.33% from more than 1.40%. The yield on inflation-protected bonds, known as real yields, fell to -1,027%, close to their lowest levels since February.

While Mr Powell's comments fueled bond-buying, inflation concerns barely disappeared, with CPI figures turning out quite shocking. Many investors believe these price increases to be happening due to the used cars sector, but they are limited to this sector. New cars, goods, and services, plus home electronics are on the rise as well. And the previous record shows that when energy prices rise, that impact usually lasts a few more years. 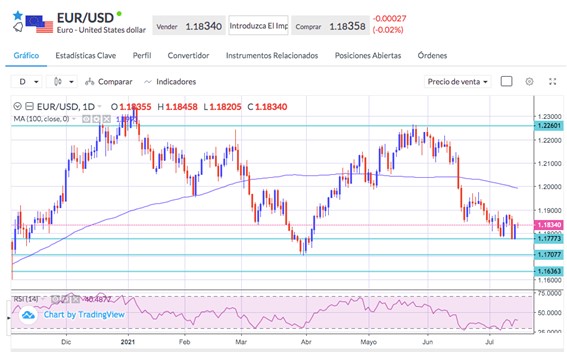 From a technical point of view, the pair showed specific symptoms of bearish movement exhaustion with the daily RSI in the oversold zone and bullish divergences. Powell's comments served as a catalyst for the rebound but were supported for technical reasons as well. The pair is again in a wide trading range between 1.1880 and 1.1780, right in the area through which the 100-hour SMA line passes.

On the other hand, oil experienced a significant drop of almost $3 after news about OPEC increasing production came out. The news has not yet been made official, but it is known the UAE managed to get their proposal to increase production accepted and will be announced soon. The uncertainty created by the increase in cases of delta variant infection in the world, causing new mobility restrictions, has also influenced the crude oil prices.

Still, oil is on an uptrend from a technical point of view and needs to break the first support at 70.60 and, more importantly, the lower at 67.20. 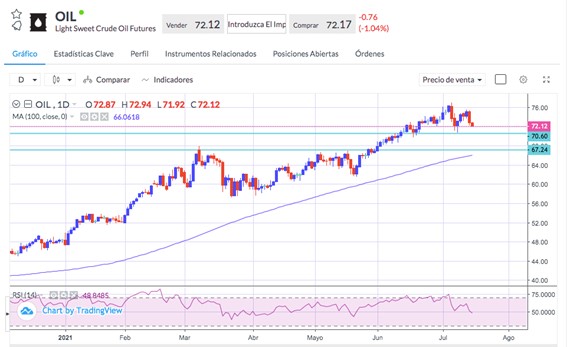