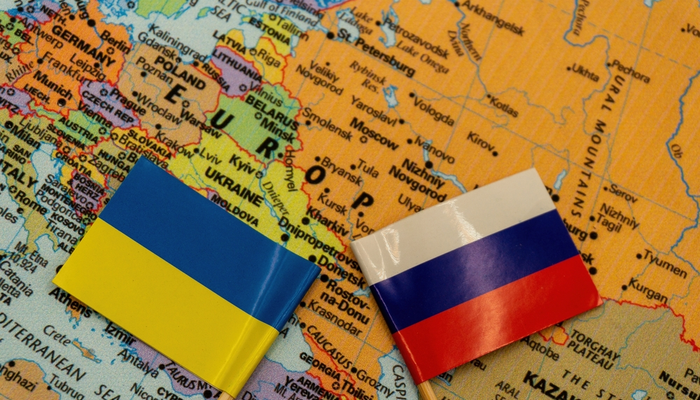 The civilian deaths in Ukraine convinced the West to propose charging Russia with war crimes in international courts.

The civilian deaths in Ukraine caused tension escalations, with the world proposing to charge Russia with war crimes in international courts.

Western countries, the United States and Europe, are discussing the possibility of imposing new sanctions on Russia. These sanctions include a total ban on buying gas and oil, which would have a rebound effect against Europe, especially countries like Germany, which depends largely on the Russian supply. Germany does not accept this type of sanction because it would mean that its economy would enter an inevitable recession, as the banking association of this country has stated. However, yesterday it took an exceptional measure by nationalizing the Gazprom subsidiary in charge of bringing gas to the Central European country.

The West took this decision under the guise of maintaining supplies, but the risk was high, and Russia responded with harsh criticism and threats. On the other hand, Italy, which initially refused to impose sanctions, has finally joined the group of countries in favor of them.

Uncertainty is therefore very high, and should these harsh measures be adopted, it could lead not only Germany but all of Europe to a serious economic slowdown without discounting recessions in some countries. It must be considered that the German GDP figure for the last quarter was already negative, and a similar figure in this quarter that has just ended would already mean entering a technical recession.

This could only make things more difficult for the European Central Bank, which is pressured to raise interest rates due to the latest inflation figures. The market is already discounting rate increases for the end of the year, but on the other hand, it faces an economic scenario of growth stagnation.

For this reason, the European stock markets performed worse than their North American counterparts that have resumed their upward path with gains above 2% in the case of the technological Nasdaq. Elon Musk influenced prices after announcing its 9.2% stake in Twitter, which sent the stock 26% up on the day and acted as a catalyst that encouraged the market and dragged other companies in the sector upwards.

Oil and Natural Gas rose due to the threat of sanctions against Russia, and where this climate of tension was especially noticeable was in the euro. EUR/USD lost as much as 70 pips on the session to lean into an intermediate support zone around 1.0960. Below this zone, the pair could work its way down towards the latest lows at 1.0805. 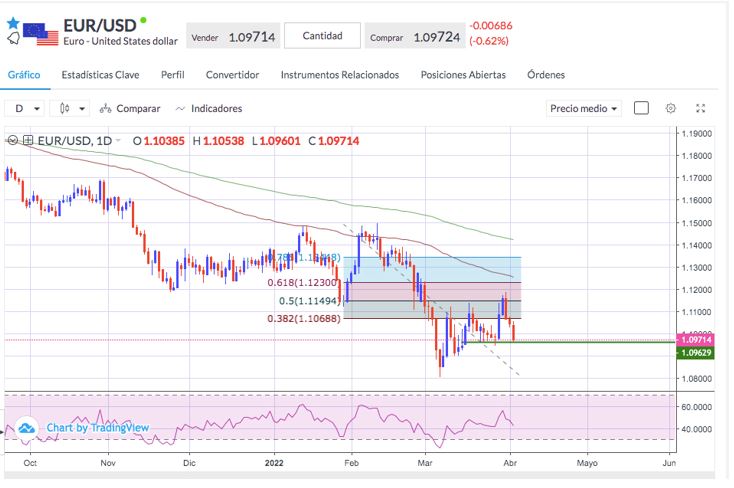