ECB surprises markets after statement regarding the end of asset purchases 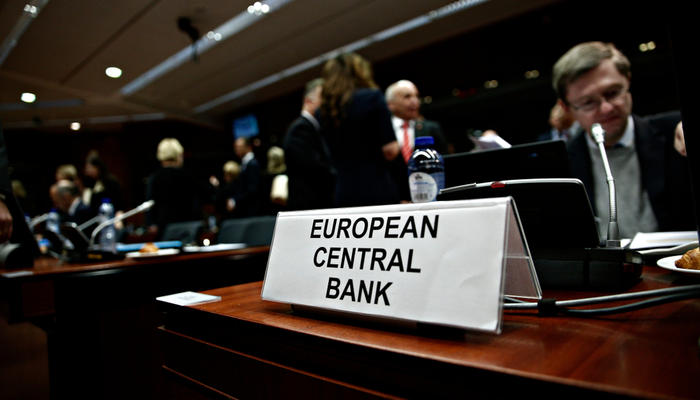 President Lagarde announced that the Central Bank's governing council decided to set the Q3 date for the end of the bond purchase.

The European Central Bank surprised markets by saying it will end asset purchases in the third quarter.

Expectations were placed on a continuation of its expansive monetary policy for an indefinite period of time given the uncertain geopolitical situation that will directly affect the European economy.

However, President Lagarde announced that the Central Bank's governing council had decided to set the third quarter date for the end of the bond purchase that had been going on for more than a decade.

But, the decision, as she herself stated, was not unanimous and was only supported by a certain number of council members and a specific moment or method established for the end of this program was not mentioned.

In fact, Lagarde made it very clear, that in any case, the decisions made from now on would be highly dependent on economic data. Certainly, inflation is the main factor of concern for the ECB whose forecasts were raised significantly to 5.1%, and this factor that has led some members of the governing council to push for the ending of the asset purchase program.

European bond yields rose after news broke out, but the picture is still unclear, while inflation is going to be even higher in the coming months. The ECB also expects a pullback to the 2% comfort zone as soon as next year and on the other hand the economic slowdown that is already taking place in Europe will be a brake for the ECB in any attempt to tighten its monetary policy.

And for this reason, President Lagarde was unable to set any specific date for the start of rate hikes. Everything will depend on the economic data and probably those that will become known in the near future will not be favorable to an action of this type, beyond inflation, which, as the ECB itself expects, will tend to relax over time.

European stock markets fell during the session, cutting part of the gains of the previous day, partly due to the ECB's announcement but also due to the upward revision of inflation expectations and the culmination of negotiations between Russia and Ukraine without any agreement.

The same thing happened with the North American indices that returned to the red numbers after the CPI for the month of February was published with an exorbitant year-on-year figure of 7.9%.

In reality, almost no one in the market is surprised by these high figures when it comes to price levels, once the war in Europe has pushed up all raw materials, from agricultural to energy, including almost all industrial metals. And of course, the Fed will act in this regard at next week's meeting by raising federal funds by 25 bps.

For this reason and the expected weakness of the European economy with high levels of inflation, the euro lost more than 100 pips on the day from the high of the session.

EUR/USD technically, once the bullish correction that took it to the 1.1100 area will be over, will probably resume its downward movement with an intermediate support area around 1.0980 (200-day moving average) and with an immediate target at the latest lows at 1.0820. 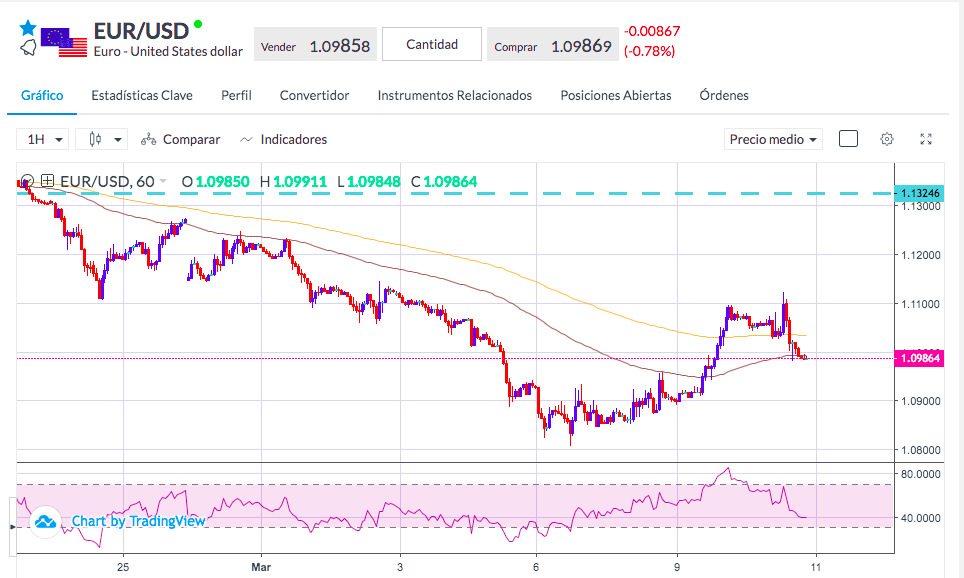