A new era in US politics starts today – Market Overview 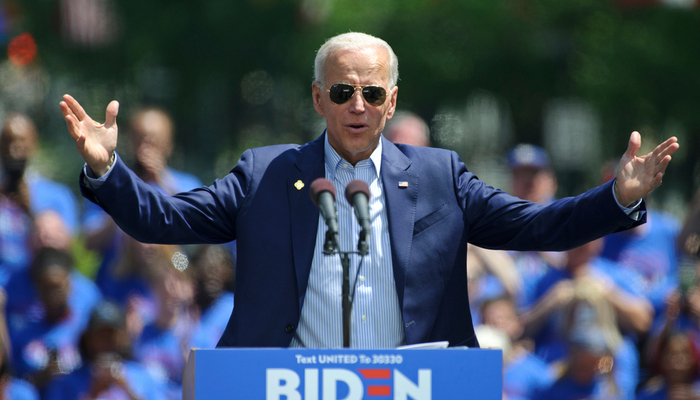 D-day is here - the general market tone remains slightly positive on the day of the transfer of power to President-elect Biden.

While waiting for everything to develop without incident, an element of uncertainty that affects the markets in a certain way, investors hope that the new president in his first months in the office can bring everything to an environment of greater security and tranquility.

Markets are negotiating on the assumption that both the fight against the pandemic and the stimulus package's approval will be carried out satisfactorily in the first months of Biden's tenure.

The incoming president has proposed the administration of 100 million vaccines in the first hundred days of his term, something that would undoubtedly be taken very positively by the stock markets.

This, together with the $1.9 trillion aid package approval, would be catalysts for positive movements in the coming months. Suppose both objectives, which will be the focus of investors' attention, are delayed or enter a blocking process. In that case, the stock markets' reaction could be a correction in which a part of the territory gained in recent months would recede.

According to market analysts, this correction could amount to between 5% or 10%.

The USA30 index remains within a range trade at the moment and awaiting events, around the 100-hour SMA line and between the resistance line located at 31127 and the support line at 30633.

There are no relevant economic figures in the American market, and the trading rhythm remains stable.

The Dollar has an erratic behavior today, after several days of strengthening mainly motivated by the rise in the yields of long-term American bonds, it has entered sideways trading.

Still, the maintenance of yields in the high level in recent times, the 10-year American currently trading at 1.10, supports the idea that the Dollar's upward movement could continue soon, especially if the fiscal stimulus package looks close to being approved.

In this sense, the USD/CAD pair in which the Dollar has not shown the same strength as against other currencies begins to focus on traders' attention.

The Canadian Dollar has been favored by the increase in crude oil price in recent months that has brought the Canadian currency to its highest level against the dollar since April 2018.

However, Canada's economic figures do not show clear signs of recovery, which has raised the expectation that the Bank of Canada could cut interest rates, even if it were minimal.

When the probabilities of this happening today are not high, they are set at only 3%.

But faced with this possibility, the Canadian Dollar could suffer some weakening.

From a technical perspective, the pair, as we observe on a daily chart, is at the lowest levels, and the RSI indicator has been showing bullish divergences since last December. In case of an upward correction, it would find resistance between 1.2940 and 1.3030 where the 100-day SMA line passes.