What does the Russia-Ukraine conflict mean for investors? 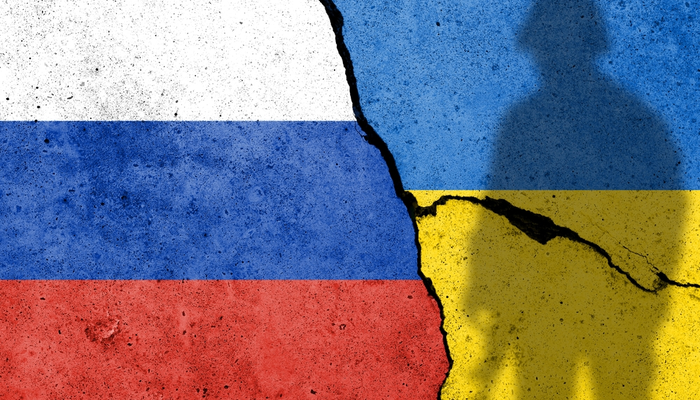 Global markets typically rebound from war and disaster, and they are likely to do so this time, too.

But Russia’s nuclear arsenal raises the risks beyond calculation, according to a CAPEX.com press release.

History tells us that the worse things get, the more valuable cash and Treasuries seem. And it also says that Cold Warriors, who stuck with the stock market, ended up with big fat portfolios.

"That is likely to be the case in the future, too. But it is impossible to be certain of it", said Miguel A. Rodriguez, CAPEX.com analyst.

Russia-Ukraine's Impact on the Broader Market

Commodities, Safe-Havens soar at the fastest pace in 27 years

Not all stocks have been falling, of course. Rising oil and gas prices have bolstered the energy sector and shares of energy companies. The international crude oil benchmark Brent rose above $100 a barrel, the highest price since 2014. 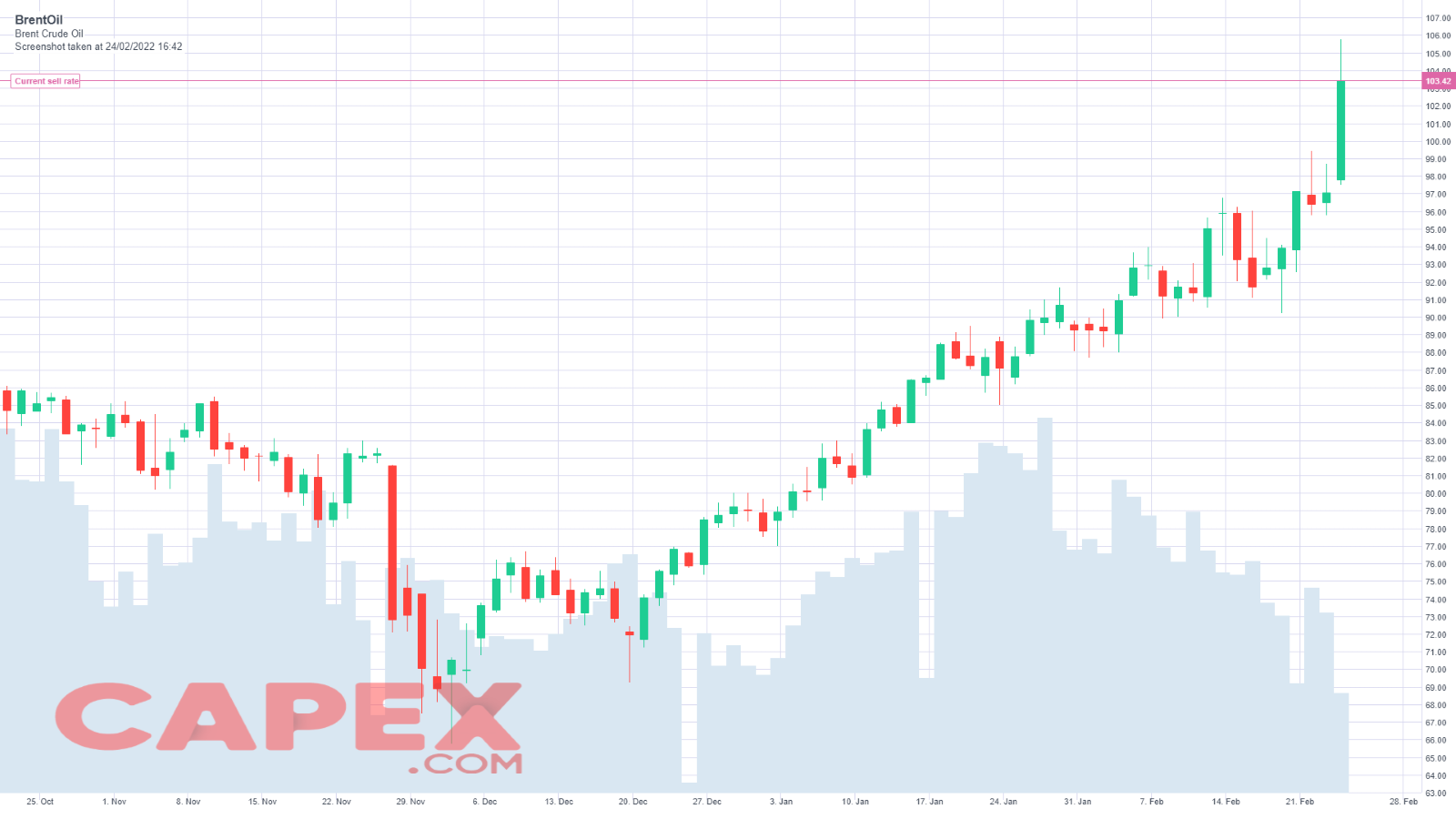 As per the CAPEX.com official, "It could soar higher, especially if Russia mounts a full-scale invasion and, in return, faces harsh financial sanctions by the United States and its allies. Hence, oil and gas stocks would be in the limelight yet again."

Russia is a key producer of crude oil and natural gas, with pipelines feeding many parts of Europe. If Russia were to shut off the spigot or have its oil infrastructure damaged, it could lead to higher energy prices. Interruptions to the ports around the Black and Baltic Seas could also create even bigger shipping headaches and lead to food inflation as grains and other staples remain stuck at sea.

It is also one of the world’s most important producers of minerals and metals like platinum, nickel, aluminium, cobalt, copper, gold, and diamonds. Prices of these commodities have been rising, but that is the least of it. Shortages of Russian commodities could cause further supply-chain bottlenecks in the United States and Eurozone.

There are various ways that you can get exposure to the price of commodities.

According to the CAPEX.com team of analysts, global markets usually weaken as wars approach, strengthen long before wars end and treat human calamity with breath-taking indifference.

"That’s been a common historical pattern, anyway. But Russia’s nuclear arsenal raises the risks beyond calculation. However, an armed conflict may provide further opportunities to invest in specific sectors and individual stocks that might benefit the most, as well as speculating on Oil and Gas prices", they said.

"The steps you will need to take to buy and sell commodities will depend on whether you are trading futures and spot prices or investing in stocks and ETFs," said the CAPEX.com experts.

How to Invest as the conflict in Ukraine intensifies

So, what to do if the guns start firing?

Get out your shopping lists. In recent weeks, the threat of a war in Ukraine has shaken the stock market. The turmoil could pave the way for some sectors to see outsize benefits.

Geopolitical tension will manifest itself on the negative side in the form of higher commodity prices. Higher oil prices are great news for oil stock margins and profits.

CAPEX.com looked at different asset classes that may surge in times of armed Russia-Ukraine conflict.

Economic sanctions are likely to drive up prices at a time when the last thing the U.S. or other developed countries need is more inflationary pressures. Most directly affected would be the European Union given its heavy reliance on Russian energy products, but it would drive up energy prices elsewhere.

Although investors could consider playing a continued run-in oil and gas prices via individual energy stocks and energy ETFs (Exchange Traded Funds) that provide diversified exposure to the sector. They spread out an investor's bets across multiple stocks and, in many cases, across numerous industries within the energy complex.

You can get indirect exposure to the commodity market by buying CFDs on shares of companies involved in the mining, extraction, growth, or harvesting of any commodity.

Commodities trading works in the same way as speculating on any other market, in that buyers and sellers come together to exchange goods. The only difference is that commodities can be bought and sold at a current and future price.

Oil spot prices represent the cost of buying or selling oil immediately, and Oil futures are contracts in which you agree to exchange an amount of oil at a set price on a set date.

Russia has emerged as a powerful force in cyber warfare over the past decade. Analysts believe that Moscow could leverage this capability in a wider conflict to target Ukrainian data centers, networks, sensitive data, and other digital vulnerability points such as infrastructure.

With Ukraine conflict now front and center and poised to widen, we can expect a surge of cybersecurity attacks from Russia state-sponsored organizations that could change the game for U.S./European enterprises and governments over the coming months.

Here are some stocks that are well placed to pick up business from the development: Palo Alto Networks, Crowd Strike, Fortinet, CyberArk, and others.

A safe-haven asset is a financial instrument that typically retains its value – or even increases in value – while the broader market declines. These assets are negatively correlated with the economy, so investors and traders often use them for refuge during market declines.

There are a few safe-havens that have remained favourites over the years, including:

Gold assets you might want to consider for backing currencies and as a store of value are in the form of mining stocks (Barrick Gold Corp, Newmont Mining, Franco-Nevada), Mining Funds (Direxion Daily Junior Gold Miners Index), or ETFs (SPDR Gold Shares)

Safety currencies usually appreciate in times of pessimism when markets are fearful - the U.S. Dollar, Japanese Yen, and Swiss Franc.

Government bonds in which investors tend to have more confidence in bonds issued by governments of developed economies, such as 10-Year U.S. Treasury Note, 30-year Treasuries, Euro- Bund, and U.K. Gilt.

Defensive Stocks which are shares of companies that are perceived as consumer staples, so their products are needed regardless of the state of the economy. This can include quality defensive stocks such as Verizon (V.Z.), Deutsche Telekom (DTE), Orange (ORAN), Enel (ENEL), extremely defensive high-end stocks such as LVMH (LVMH), Prada (PRD), Hermes (HRMS), and Consumer defensive such as Walmart (WMT), Carrefour (C.A.).

Do you notice some consciously absent classes/sectors of stocks? Such as high-risk plays? So-called "undervalued" tech stocks? Zero-Dividend stocks? Nanocaps and companies that don't have a positive EPS (Earnings Per Share)?

CAPEX.com believes the way to go currently is to focus on safe-haven assets, real capital/income flows, and defensive plays:

"We are talking infrastructure. Water. Power. Food. Products that have a timeless value, including such things as luxury goods, have proven to hold up extremely well in crises. " – concluded Miguel A. Rodriguez.