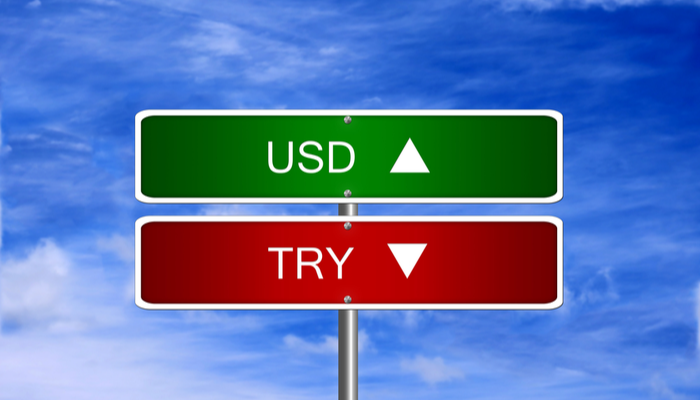 After the 15% slump recorded in March, the Turkish Lira lost 3.5% in the past couple of days

On early trading today, USD/TRY was close to a new record low after US president Joe Biden officially recognized the 1915 massacre of Armenian in the Ottoman Empire as a genocide. Turkey, a NATO ally, criticized the White House's decision, stating that it undermined trust and friendship. Ibrahim Kalin, President Tayyip Erdogan's spokesman and adviser, told Reuters that Washington should act responsibly since there is in no one best interest to "artificially undermine ongoing relationships for narrow political agendas." "Everything that we conduct with the United States will be under the spell of this very unfortunate statement," he added.

Moreover, the new central bank chief Sahap Kavcioglu appointed a month ago, announced that he would keep the monetary policy tight, as any rate hike could send a wrong message. Analysts believe that the bank would begin cutting rates around mid-year. Some predict that Kavcioglu could revert to a cost policy of selling foreign currency reserves to support the Lira.

The currency, which is among the worst performers in emerging markets this year, traded at 8.425.