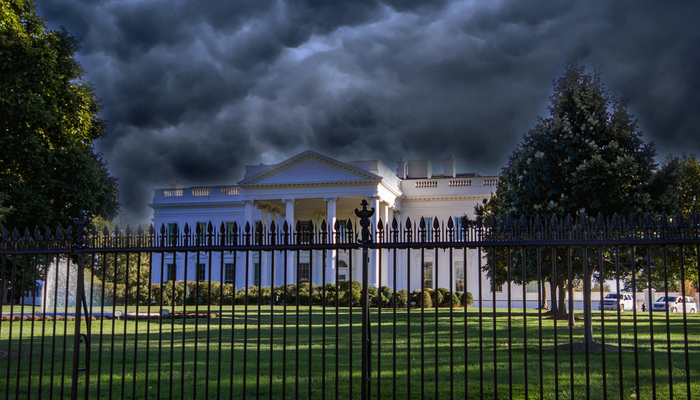 The consequences of the Capitol events were not long in coming

Monday: Trump's possible second impeachment was touted at the beginning of the week after Nancy Pelosi stated that the incumbent president Donald Trump and his actions threaten the Constitution and Democracy.

The Chinese Baidu has partnered up with Geely to create an electric vehicle unit, which will be a subsidiary of the former. After the news hit the wires, Baidu stock price gained 15%, while Geely added nearly 20%.

Google, Apple, and Amazon removed and booted off the hosting web service, respectively, of the far-right-friendly Parler, which was "plan and facilitate yet further illegal and dangerous activities" amid posts that incited violence in the US. Following the news, all companies' stocks gained between 0.65% to 1.12%.

Tuesday: After it booted off the hosting web service of Parlor, #AMZN joined Facebook and Twitter in removing QAnon posts and products from its marketplace to prevent other events such as the one from the Capitol. After the news, Facebook stock price lost 4%, while Twitter traded 5% lower.

Intel stock price went up 0.9% after the annual Consumer Electronics Show announced plans to release four new processor families. The company seems to be on an upward trend, as the chips will be in-house made, not facing pandemic-induced supply chain issues like AMD or Nvidia.

In Asia, despite the rising number of COVID-19 infections and extended state of emergencies, Japan225 and HongKong45 went up 0.09% and 0.43%, respectively.

After the US Department of Justice revealed that the deal between Visa and Plaid raises antitrust concerns, the merger came to an end. Despite the allegations, both companies announced that they would continue to collaborate. Following the news, Visa stock price went down 1.89%.

The Capitol events' repercussions continued. Walmart, alongside Disney, Amazon, MasterCard, and many more, announced that it would stop donations to US lawmakers, especially those who opposed Biden's certification.

Thursday & Friday: After the economic readings showed that the pandemic's effects on the markets are as not as severe as forecasted, Germany30 and UK100 each went up 0.4%.

Although they were in preliminary talks regarding a possible acquisition, Couche-Tard and Carrefour encounter negativity from the French Finance Minister Bruno Le Maire, who opposes the deal. After the news about the $19.7 billion purchase hit the wires, Carrefour stock price added 15%.

The number of weekly US unemployment claims reached a five-month high, as the figures came in at 965,000. The market was looking for 785,000.