The US presidential election stirred up the markets - Weekly Review, November 2 – 6 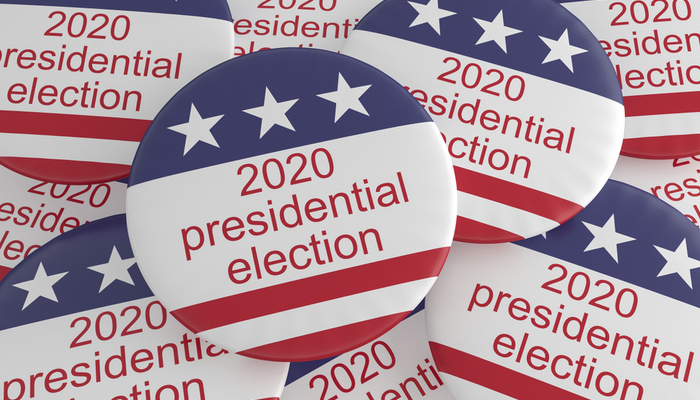 The earnings season mattered less, as the most important event of the year was unfolding

Monday: In Europe, the lockdowns have been reenacted, causing the benchmarks to close lower. France40 lost 0.2%, while UK100 and Germany30 each fell 0.1%.

Exxon stock price fell 2.12% after the company posted narrower-than-expected Q3 figures. The revenue came below the $49.47 million consensus at $46.19 million. The losses came in at $680 million.

JP Morgan is the owner of a 71% stake in Shanghai Waigaoqiao FTZ. The bank is the first to have the largest ownership in a securities joint venture in China. After the news, its stock price went up 1.18%.

Ryanair's stock price went up more than 2% after it posted the second fiscal quarter figures. The airline had a loss of €197 million, while the operating costs decreased by 67% to €1.35 billion.

Despite the disruption caused by the pandemic, Estee Lauder reported revenue of $3.56 billion for Q1 2021, topping the $3.45 billion expected. Following the report, the company's stock price gained 4.7%.

Ant Group – the Chinese company, which was a few steps away from completing the largest IPO of the year, announced that the listing is postponed due to regulatory issues.

Wednesday: Across the ocean, Australia200 gained 0.22% after the Reserve Bank announced that it would slash the interest rate to 0.10%.

Hugo Boss posted Q3 2020 earnings that topped estimates on one hand, but on the other, it fell short on revenue. The EPS came in at €0.04, while the revenue was €533 million. Following the report, its stock price went up 2.8%.

PayPal traded 5.7% lower after it posted promising Q3 figures. It had revenues of $5.46 billion in the past quarter and an EPS of $0.86. The results topped both last year's figures and the consensus.

Thursday: Japan225 reached a nine-month high after it went up 1.7%.

After the Bank of England announced that more fiscal stimulus would be deployed to support the economy, GBP/USD traded 0.3% lower at 1.2941.

Qualcomm gained more than 11% after it posted quarterly results that came in higher-than-expected. It reported an EPS of $1.45 on revenue of $6.5 billion.

Friday: The largest American automaker – General Motors – reported higher-than-expected Q3 2020 figures. It had earnings of $4.1 billion, while the revenue was par with the consensus - $35.5 billion. Following the news, GM's stock price gained 7%.

Alibaba posted an EPS of $1.54 on revenues of $22.8 billion. During the second fiscal quarter, its cloud computing revenue figures came in at $2.24 billion, 60% higher than the one reported during the same time last year. After the report, its stock price lost 3%.

In October, in the US have been created 638,000 jobs according to the data reported by the Bureau of Labor Statistics. At the same time, the unemployment rate dropped to 6.9%, lower than the 7.7% expected.