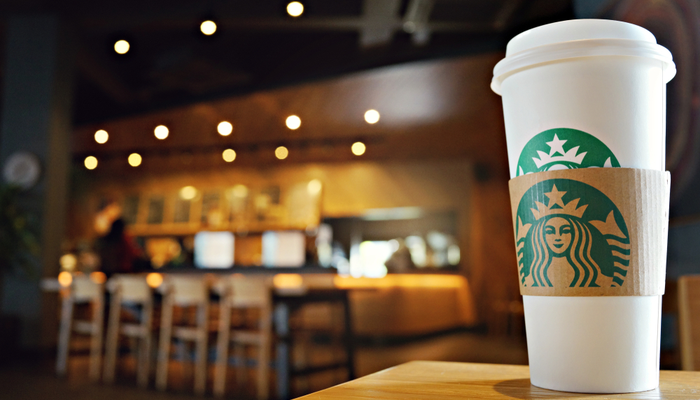 Starbucks was founded by Jerry Baldwin, Zev Siegl, and Gordon Bowker in Seattle’s Pike Place Market on March 30, 1971, and 50 years later it became one of the most popular coffee shops in the world.

The three of them sold it in the early 1980s to Howard Schultz, who decided to make Starbucks a coffee shop that served espresso-based drinks. Under his management, the company opened store after store across Seattle and the US West Coast. By 1989, the company was roasting more than 907,185 kg of coffee annually.

Its June 1992 IPO worked like a charm for Starbucks. By September, Starbucks share price had risen 70% to more than 100 times the EPS reported the previous year, and it had more than 280 outlets open.

From espressos to Pumpkin Spice Latte

The espresso-based drink of choice was for a while the Frappuccino, introduced in 1995, and this drink alone had annual sales of over $2 billion.

After the Frappuccino era came the “skinny” line of drinks in 2008. This new concept offers low-calories and beverages that use skim milk and natural sweeteners such as raw sugar, agave syrup, honey, artificial sweeteners, and sugar-free in-house made syrup flavors.

In 2011, the company introduced its largest cup size – Trenta – which can hold 920 ml. Moreover, it purchased Evolution Fresh for $30 million in cash, expanding its US territory in the fresh juices business.

Over time, Starbucks started introducing different drinks for different events, such as the winter holidays. After successfully introducing the Peppermint Mocha and Eggnog Latte, another drink became the winter star: Pumpkin Spice Latte. The latte didn’t have any actual pumpkin in it in the beginning, just artificial flavor. Since 2015 it started containing a small amount of pumpkin puree for flavor and color. According to CNBC, the Pumpkin Spice Latte is the company’s most popular seasonal drink.