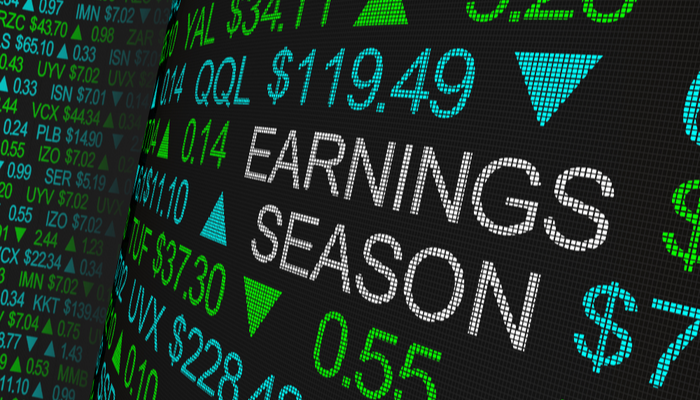 Monday: TECH100 closed at a record high, after it went up 0.69%, as it eyed corporate earnings. However, the European markets closed lower, with Germany30 reporting one of the most significant decreases – 1.66% - as the country considered another national lockdown.

TSMC stock price gained 1.19% after the company announced that it would increase the auto chip production if possible, after talks with the country’s Minister Wang Mei-hua.

Seagate started the week on the wrong foot, as its stock price lost 6.3% after mixed quarterly earnings. The company reported an EPS of $1.29 on $2.62 billion revenues – a figure lower than that reported a year ago, $2.7 billion.

After the pandemic-induced demand for personal care products surged, Kimberly-Clark’s Q4 2020 earnings came in higher-than-expected. The EPS of $1.69 on $4.84 billion revenues translated to a stock price gain of 1.67%.

Tuesday: The Asian markets closed lower as the news of a delayed US stimulus package travelled across the ocean. Japan225 lost 0.82%, while HongKong45 slipped 2.31%.

The Italian Prime Minister Giuseppe Conte was set to hand in his resignation after COVID-19 criticism despite having government’s vote of confidence. Markets slightly reacted to the news, Italy40 adding 0.21%, while EUR/USD was at 1.2128.

UBS, the largest wealth manager in the world, posted higher-than-expected Q4 2020 figures. In the past quarter, the bank had a net income of $1.71 billion. So far, its stock price is up 3%.

JNJ stock price gained 2% after it reported quarterly figures higher than the EPS and revenues consensus. In Q4, Johnson & Johnson had an EPS of $1.86 on revenues of $22.48 billion.

Wednesday: As the FED announced that it would keep the monetary policies unchanged, the stocks had a most significant one-day percentage drop in three months. USA30 lost 2.05%, while USA500 lost 2.57%. Gold settled at $1,844.90 per ounce after it traded 0.3% lower.

AMD stock price traded 0.62% higher after it reported an adjusted EPS of $0.52 on revenues of $3.24 billion. Both figures topped the market consensus.

Even though it had a mixed earnings report, Starbucks stock price closed 1.20% higher. It reported an EPS of $0.61 on revenues of $6.75 billion. The latter missed the $6.93 billion mark expected.

Thursday: Two new IPOs were ready to hit the markets: Qualtrics, and Ortho Clinical Diagnostics. Read more about them here!

The weekly number of unemployment claims came in lower-than-expected at 847,000. The market was looking for 880,000 people to be jobless in the week ended January 23.

According to the Bureau of Economic Analysis, the US GDP increased 4% in the final quarter of 2020, lower than the 4.2% expected.

Friday: For the fiscal first quarter, Visa had an EPS of $1.42 on revenues of $5.69 billion, both figures coming ahead of the consensus. After the news hit the wires, the company’s stock price added 0.9%.

Qualtrics, one of the latest companies to become a publicly traded one surged on its NASDAQ debut. The company closed the trading session 52% higher than its initial offering price, reaching a $27.3 billion market valuation.

Johnson & Johnson ended the week 4% lower as it turned out its COVID-19 vaccine is overall only 66% effective against COVID-19.

On the other hand, Novavax revealed that its vaccine candidate is 89% effective, pushing the stock price 23% higher following the news.