COVID-19 still has control over the markets - Weekly Review, September 21-25 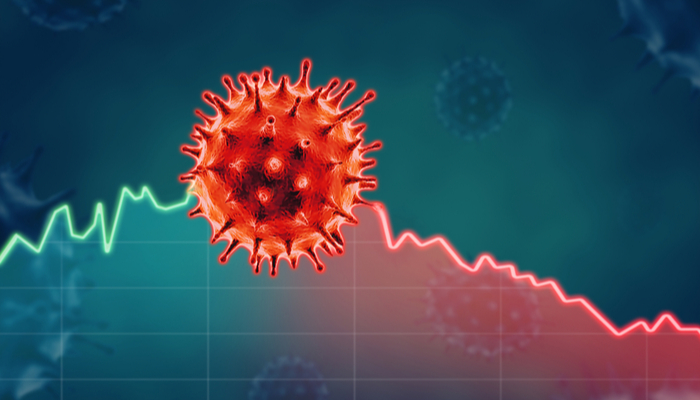 Some of the largest banks in the world, JPMorgan, HSBC, Deutsche Bank, and many more, appear to have been involved in a $2 trillion scandal regarding illicit transactions that have been associated with money-laundering and suspicious transactions for corrupt people and billionaires in Libya, Sudan, Venezuela.

Microsoft is looking to expand in the videogame sector and to do so, it acquired ZeniMax Media, the parent company of Bethesda Softworks. The deal is said to cost Microsoft $7.5 billion. Following the news, Microsoft stock price ended 1% higher.

Wednesday: The decreases reported by the FAANG group, and Tesla made the US tech-specialized benchmark TECH100 lose 2.28%.

Nike reported the figures for the first quarter of fiscal 2021, and the results came in higher-than-expected. For the quarter, it had revenues of $10.59 billion and a net income of $1.52 billion. The women apparel division reported a 200% increase, which contributed to the 82% gains in overall digital sales. After the news, Nike stock price gained 8%.

The US-China tensions are in the way of a possible TikTok – Oracle & Walmart deal. Mainland China opposes the deal, considering it to be "dirty" and "unfair."

Bank of America is trying to raise money to fund black and Hispanic minority-owned businesses, low-carbon activities, and renewable energy investments. So far, from selling bonds, the bank has managed to raise $2 billion. The bank stock price lost 2.17% after the news.

Thursday: In Asia, the economic recovery seems to happen only in the wealthy coastal regions. Japan225 lost 0.78%, while HongKong45 was down 1.91%.

Cisco is determined to increase the global Black representation inside the company by 2023. Also, it will launch the $100 million venture-capital fund, Aspire Fund, meant to invest in start-ups and scholarships to historically black colleges and universities.

Google is reconsidering its strategy regarding work-from-home. It is launching a new feature of Google Maps – one that will show the number of infections in a specific geographic region. After the news, its stock price fell more than 3.40%.

The US Department of Labor showed that 870,000 people filed for unemployment benefits in the past week. The market was looking for 845,000. USA30 lost 0.7% after the report.

Friday: JPMorgan Chase was fined with almost $1 billion, after a case from September 2019 showed that some bank employees had been involved in a scheme designed to manipulate the precious metals markets and defraud clients. The bank closed the trading session 0.09% lower.

Costco gloated in the pandemic, as the figures for the fourth fiscal quarter showed. Its same-store sales had an 11.4% increase – the most significant in two decades. Costco's revenue was $163.2 billion, 9.3% higher compared to last year's figures.

Westpac has been involved in illicit transfers that indicated potential child exploitation. The Australian bank received a $920 million fine. After the breaking news, it lost 1%.

Amazon is determined to compete side by side with Microsoft and Sony in the cloud gaming service. Luna – the service developed by Amazon will soon be available as a web app for Apple devices. Upon the news, Amazon stock price gained 0.50%.

Read all about these events on CAPEX.com!