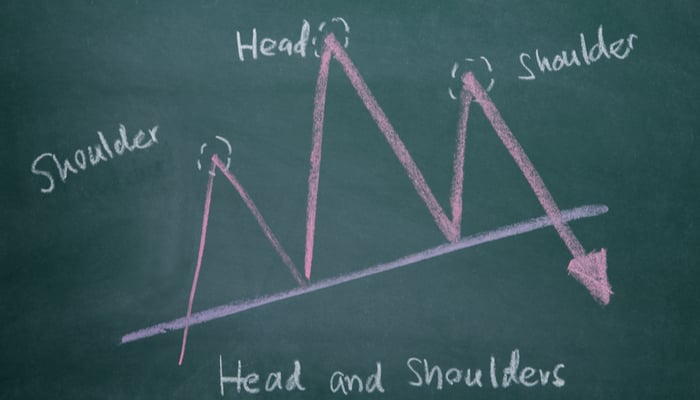 As promised, we are back with more in-depth details on the main groups of chart patterns: reversal, continuation, and bilateral.

For those of you who haven't read our previous article on charting patterns, you should know that they are technical analysis tools offering information about an asset’s price direction.

Without any further ado, let’s get this going. 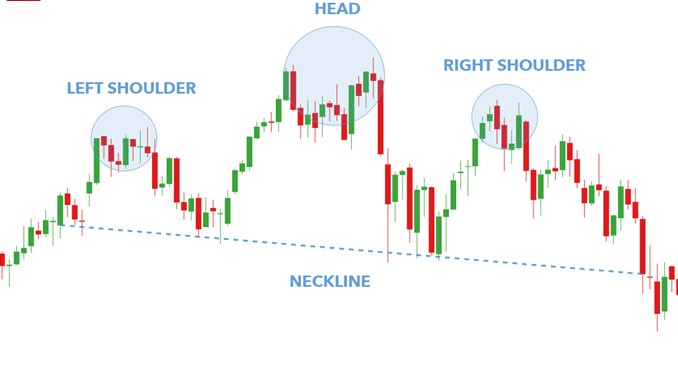 There are four distinct parts to the Head & Shoulders pattern that traders need to look for: right shoulder, head, left shoulder, and neckline break.

• An asset's price hits a peak while an uptrend, before starting to decline. The peak forms the right shoulder of the pattern. It then completes a brief decline before rallying again to an even higher peak. After that, it begins to fall from this higher peak, forming the "head" in the pattern.

• The price increases for a third and final time but fails to reach the high price achieved during the previous rally to the "head." This new peak price declines again in the process forming the "left shoulder" in the pattern.

• Finally, a "neckline" appears by connecting the low prices recorded between the left shoulder and the head, on one side, and the head and the right shoulder, on the other.

• The price must break below the neckline to complete the pattern, thereby reversing the original trend.

• During a sharp decline, an asset’s price starts to advance forming the inverse right shoulder of the pattern.

• The price declines again, reaching a lower value than before. After a while, it resumes its climb, forming the (inverse) "head" in the pattern.

• The price goes down for a final time but doesn't reach the low price recorded during the previous decline to the "inverse head." From this third decline, the price advances again, forming the (inverse) "left shoulder" in the pattern.

• Finally, a "neckline" appears by connecting the low prices recorded between the left shoulder and the head, on one side, and the head and the right shoulder, on the other.

• The price must break above the neckline to complete the pattern, thereby reversing the original trend. 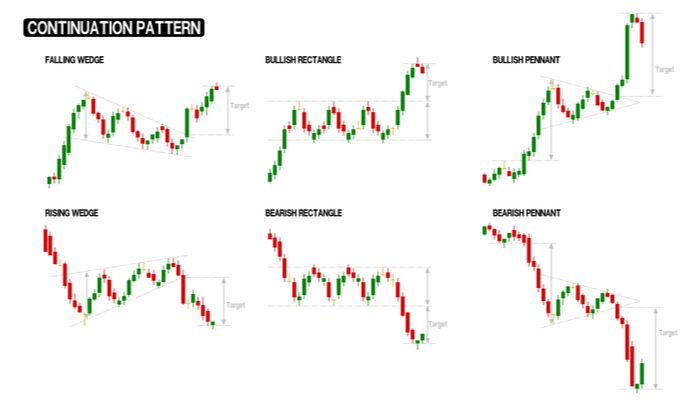 Continuation Patterns signal to traders that particular trends can potentially continue on their way after the pattern ends.

The rectangle chart patterns are common continuation patters. Let’s see what they’re all about.

Prices fluctuate between the two lines and eventually break out in one direction or the other. These formations reflect the market’s indecision.

Rectangles can cause price reversals, but they can also serve as trend continuation patterns. For the latter, they are known as bullish and bearish rectangles.

This rectangle forms when prices have been in a downtrend before the appearance of the pattern itself. Prices consolidate inside the rectangle for a specific timeframe, after which the downtrend resumes.

This rectangle forms when prices have been in an uptrend before the appearance of the pattern itself. Prices consolidate again inside the rectangle for a certain period, after which the uptrend resumes. 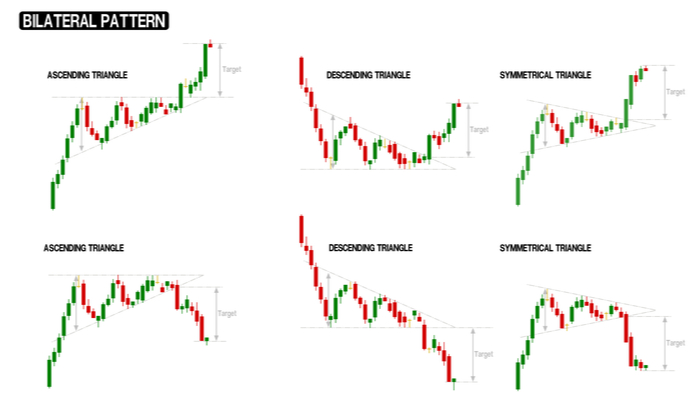 Bilateral chart patterns represent triangular patterns signaling either upwards or downward trends, depending on how the price breaks. For this reason, bilateral patterns are the most unpredictable types of patterns. However, they can prove useful for traders by getting them ready for multiple market scenarios.

A descending triangle works the other way around. It indicates a bearish pattern, forecasting that the instrument’s price will move down as soon as the pattern wears off. It's composed of a downward resistance line and a flat support line, which the price finds hard to break.

Symmetrical triangles can also function as continuation patterns. Usually, the affected instrument’s price bounces a lot between the trend lines, as traders are unable to take advantage of the price movement.

Find out more about these trading patterns and others from CAPEX Academy! Visit our extended list of educational videos to fine-tune your strategies and uncover new trading possibilities!