A match made in heaven – the Canadian Dollar and Oil

It’s a known fact: the Canadian Dollar and oil prices are strongly correlated. Why? We’ll explain in this article, as every trader has to understand this connection.

Canada sends over 3.4 million barrels of oil products/day to the United States (source: eia.gov). It earns most of its outside money from oil. Due to the sheer volume it exports, the demand for the Canadian Dollar (also called loonie) is significant. And because Canada relies heavily on exports and oil is priced in U.S Dollars, the Canadian Dollar price and Crude Oil price often move together.

How did this come to be?

Thirty years ago, Canada was far from the big oil producer it turned into nowadays. But over the years, it improved its status more and more. And the connection between Crude Oil prices and the loonie grew stronger.

A representative moment for the USD/CAD crude oil correlation happened during the financial crisis of 2008. That year, oil quotation fell from nearly $150/barrel at the beginning of the year to around $32 in December 2008. As Canada's oil-exporting industry was already blooming, the loonie felt the effect of oil's crash.

Another critical moment in the pair’s history happened in 2015 when the price of a barrel of crude oil fell sharply. Many factors led to this: a stronger U.S Dollar, OPEC’s unwillingness to stabilize the oil markets, and a few big oil-producing nations refusing to cut production.

However, during the years, the markets saw some exceptions too. For example, oil prices and the Canadian Dollar went on separate ways in late 2018.

OPEC (an organization of the biggest oil-producing countries in the world) played a significant part in this, and not regular supply and demand factors. Lately, monetary policy decisions started to grow in importance for oil prices. Additionally, Canada has been trying to reduce its reliance on black gold and find other ways of boosting its economy.

The primary factor dictating the correlation between the two 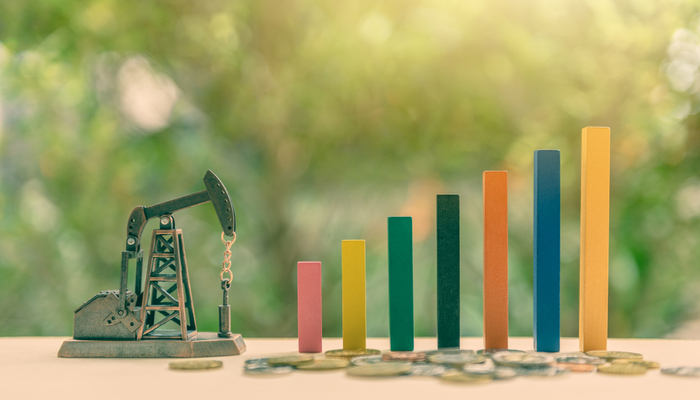 Next, we’ll look at the deciding factor for the CAD and oil being linked. And that’s supply and demand.

Commodity prices rely on the simple supply and demand principle. In the case of the Canadian/U.S. dollar exchange rate, prices depend on the demand and supply of Canadian Dollars and U.S. Dollars.

Because crude oil exports account for a large portion of U.S. currency earned by Canada, changes in the price and the volume of crude oil impact the flow of U.S. Dollars into the Canadian economy.

So, if oil prices are high, Canada earns more U.S Dollars on each barrel of oil exports. Therefore, the supply of U.S. Dollars flowing into Canada will increase compared to the supply of Canadian Dollars. The natural consequence? An increase in value for the loonie.

Will this tight bond between Crude Oil and the Canadian Dollar continue in the long-term?

According to investopedia.com, Canada's oil sands represent the third-largest proven oil reserve in the world.

Among other elements, oil sand contains bitumen, some sort of Crude Oil that needs extraction to be turned into shippable petroleum products. The International Energy Agency (IEA) says that oil sands production in Canada will increase by a minimum of 2.5 million barrels per day in the next 25 years.

So, the answer could only be a strong yes: the future of Crude Oil and Canadian Dollar is together.

Many different factors can impact the Canadian Dollar and its relationship to the U.S Dollar, not just Crude Oil. Monetary policy measures in both countries, interest rates, and economic data could interfere with how the loonie performs.

Experts advise paying close attention to U.S and Canadian central bank data reports to understand how each of them might impact prices. Changes in the supply and demand for oil, such as production cuts, global demand, and inventories, can also prove useful to check out.

Here at CAPEX.com, we offer the freshest market news and featured articles covering global events tackling Crude Oil, currencies, stocks, and many others!

You can also create an account with us to enjoy trading CFDs on over 2.100 financial instruments from the global markets!